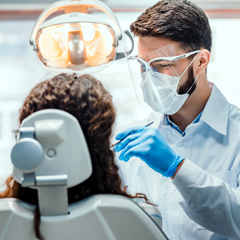 In a “complicated” (court’s word) dissolution case, the Washington Court of Appeals recently made an important ruling on whether a professional limited liability company (PLLC) can have goodwill separate from the goodwill of the professionals.

In 2005, the plaintiff, through his professional service corporation, acquired an ownership interest in the defendant’s oral surgery practice. The acquisition agreements stated the assets of the practice included “equipment, furniture, and fixtures, accounts receivable, goodwill, and patient files.” (court’s emphasis) A portion of the purchase price was allocated to goodwill. Under a partnership agreement, if the partnership ended, the parties would negotiate in good faith as to how to divide the jointly owned practice interests and “which of the Parties will continue to practice at each of the places of business of the Partnership.”

In late 2005, the doctors formed a PLLC to conduct the business. This entity operated under a trade name and ultimately oversaw three locations in which the doctors practiced. In 2014, the doctors’ business relationship broke down. While they negotiated the division of assets, including who would get which practice, the plaintiff sued, and the defendant countersued over alleged breaches of contract and business torts.

In early 2015, the court dissolved the PLLC and appointed a receiver to supervise the dissolution. The receiver’s authority included maintaining the PLLC’s business as a going concern “for a reasonable period of time” until there was a final division of the company’s assets and liabilities. Both parties filed motions for summary judgment. The defendant’s motion included a motion to dismiss the plaintiff’s request for a division of goodwill value. The trial court found the goodwill issue had to be resolved at trial. Both parties presented expert testimony.

The trial court, crediting the plaintiff’s expert’s testimony, found there was entity goodwill as of the dissolution date and it continued throughout trial. The assets of the entity were still being used, including an assembled work force, specific systems and procedures, and, most importantly, the three locations. “Location is the most valuable asset of the practice after the practitioners themselves. Consequently, location in this particular case has value and comprises a large portion of entity goodwill,” the court said. The plaintiff’s expert broke the value of goodwill down by practice location and arrived at a total value of $1.8 million. Under equal distribution principles, the plaintiff was entitled to half of that amount, the trial court found.

The defendant appealed the goodwill findings. The Court of Appeals organized the defendant’s contentions into a series of questions, moving from the general to the fact specific. The overarching issue was whether, as a matter of law, a business entity providing professional services lacked goodwill because only the individual professionals could possess goodwill.

Moreover, the appeals court concluded that, in this specific case, the PLLC had goodwill in that it maintained locations and a website in its name and it had its own phone number patients called. Also, since it was the PLLC that employed the staff, the entity, not the individual doctors, possessed and maintained patient files.

The Court of Appeals’ decision includes other goodwill findings, all of which served to affirm the trial court’s decision.