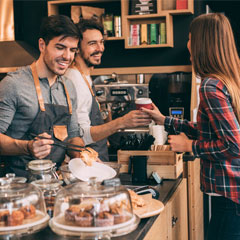 In re Panera Bread Company

In a statutory appraisal case that involved the sale of a publicly traded company to a privately held entity, the Delaware Court of Chancery recently decided the deal price was a reliable indicator of fair value and a downward adjustment for synergies was justified but not practicable. But, because the company prepaid the unadjusted deal price to some of the dissenting shareholders and the court lacked a mechanism to order a refund, some dissenting shareholders received more than fair value.

The target company was Panera Bread Co. (Panera), a successful bakery-café chain and franchise operation with a presence in the United States and Canada. The buyer was JAB Holdings B.V. (JAB), a private limited liability company that, in recent years, made a number of high-profile acquisitions, including Keurig, Krispy Kreme, Einstein Bros., and Peet’s Coffee. The merger closed on July 18, 2017, and the unadjusted deal price was $315 per share.

The court’s analysis was guided by Delaware Supreme Court key cases that encourage reliance on market evidence where there is a reliable sale process. The heart of this decision, as it was in other recent rulings from the Court of Chancery (e.g., Columbia Pipeline and Stillwater Mining), is an in-depth assessment of the facts surrounding the sale process against the facts of the controlling cases to determine whether the sale process here was “sufficiently reliable” to make the deal price a meaningful fair value indicator.

The court found the sale process showed “objective indicia of fairness.” The transaction was arm’s length. The buyer, for its value assessment, was able to draw on extensive publicly available information about the target (Panera had a reputation for being exceptionally transparent) as well as confidential information. Panera’s board and its founder/CEO, who was the main negotiator, extracted two price increases from a sophisticated buyer that had a reputation as “serial acquirer.” Panera’s board went into the negotiations with a deep understanding of the company’s financials and projections and “empowered” the CEO to press for price increases and consider Panera’s internal value determinations, the court said. Deal protections did not prevent any interested buyer from making an offer. None of the “big three” potential bidders, i.e., Starbucks, Chipotle, and Restaurant Brands International (RBI), showed an interest in bidding for the company, the court observed.

The court found the deal price included synergistic value related to anticipated cost savings and tax-related savings that needed to be extracted. Crediting the company’s expert, the court concluded that the deal price had to be reduced by $11.56 per share. But the synergies analysis ultimately had no practical importance because the company and dissenting shareholders had not agreed to a clawback provision in case of overpayment, and the appraisal statute did not mandate a refund, the court found. Therefore, the overpayment was not recoverable, the court concluded.