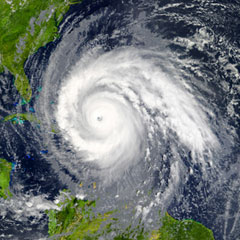 The doctrine of force majeure (aka “act of God” doctrine) has received a lot of attention during the current COVID-19 crisis, which has harmed great swaths of the national and global economy owing to mandatory closures of businesses, breaks in the supply chain, and the diminution of consumer demand. Typically, defendants invoke force majeure to excuse a breach of contract. In the instant case, the defendant restaurant owners sought to invoke force majeure as an affirmative defense to excuse their failure to make timely rent payments pursuant to the controlling lease. The unforeseeable superior force was Hurricane Harvey, the defendants argued. The court found the defendants’ argument crumbled under the facts of the case.

The plaintiff was a limited partnership that owned property in Texas that the defendants leased for the operation of a restaurant in Houston. The lease began in August 2012 and was for a term of 10 years. Under the agreement, the defendants had to maintain business interruption insurance to cover 12 months of rent. The contract was subject to Texas law.

On July 1, 2017, the defendants failed to make payments under the lease. A month later, in August 2017, Hurricane Harvey made landfall in Houston. Businesses closed, and the storm caused damages of over $146,000 to the restaurant. Its basement, which harbored furniture, equipment, electrical systems, and liquor supplies, was completely flooded. Also, the area surrounding the restaurant was temporarily closed, and some of it has continued to be under construction.

The defendants were not able to reopen the restaurant until late September 2018. The business interruption insurance company rejected their claim related to losses resulting from the storm.

The plaintiff filed suit for breach of the lease, arguing the tenants were liable for missed rent payments and late fees totaling nearly $543,000. The defendants admitted they had not made all of the payments but argued that several legal defenses excused their breach, including force majeure. In essence, they claimed Hurricane Harvey was an act of God that caused substantial damage and interfered with their use of the leased property. The defendants asked the court to issue a declaratory judgment that “they be excused from certain obligations to pay rent due to Acts of God.”

In response, the plaintiff filed a motion for summary judgment, which the court granted. The court first decided the plaintiff had provided sufficient evidence to establish a breach of contract claim.

As for the defendants’ force majeure defense, the court explained that force majeure was a French law term meaning “a superior force.” The court noted that Texas courts had recognized that Hurricane Harvey was an act of God and that an act of God event has been described as “caused directly and exclusively by the violence of nature, without human intervention or cause, and [that] could not have been prevented with reasonable foresight or care.”

Here, the court noted, the defendants “directly acknowledge” that the lease at issue did not contain a force majeure clause. Moreover, the court observed the defendants failed to make lease payments almost two months before the storm hit Texas and have continually failed to make payments for the following years and during the litigation. Therefore, Hurricane Harvey was not a valid legal excuse for the defendants’ failure to perform under the lease. The force majeure or act of God defense was inapplicable as a matter of law, the court concluded.