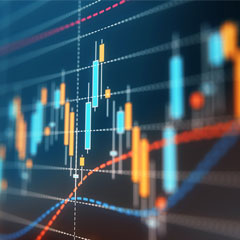 In a breach of fiduciary duty action arising out of a controversial stock sale, the Delaware Court of Chancery dismissed the plaintiff’s attacks on the underlying valuation, noting the appraiser was “exceptionally knowledgeable about the industry” and held “informed beliefs” as to the company’s specific structure. His methodology generated a reliable indicator of the company’s value, the court said.

The case centered on a real estate investment services company that the plaintiff’s late husband had formed with two other partners. One partner eventually left the company. The remaining partner was a defendant in this suit, as were two board members. The company comprised three subsidiaries that specialized in property management, general contracting, and asset management. The main customers were high-risk, high-reward special purpose entities (SPEs) in which the company’s principals had invested their own money besides capital from third-party investors. The record showed that the principals did not expect the operating companies to generate their own value—they were designed to manage the risk associated with the SPEs.

The plaintiff inherited the husband’s 50% interest after his death. Eventually, relations between the plaintiff and the defendants deteriorated to the point where she felt compelled to sue for the appointment of a custodian, ostensibly to resolve a shareholder impasse between the parties. The plaintiff’s action prompted the remaining principal to arrange for the sale of one-third of the company’s stock to one of the co-defendants based on a valuation that was done just prior to the sale. The defendants essentially argued the stock sale resolved the deadlock and obviated the need for an outside custodian. The plaintiff then filed a second lawsuit, alleging the stock sale represented a breach of fiduciary duties. The court consolidated the actions.

The court applied the highest level of scrutiny—entire fairness review—in assessing the validity of the stock sale. Overall, the court found, the process was fair. The court explained that the fair price aspect of the entire fairness inquiry required a valuation analysis equivalent to the fair value determination in an appraisal. Here, the plaintiff, among other things, claimed the valuation was compromised because the valuator, shortly after corresponding with the defendant, expressed to a third party the belief that “there is no value” to the operating companies. The court said a cynical view would be that the valuation that followed was “results-driven window dressing on an uninformed gut reaction.” But this conclusion was not justified here, the court said, noting the valuator held a senior position as well as professional licenses, including accreditation as a business valuator and also had extensive experience valuing real estate entities.

The court found the appraiser explained why he chose an income approach to value the company and, in performing a capitalized cash flow analysis, looked closely at facts specific to the company. In contrast, the plaintiff’s rebuttal expert, by his own admission, approached the analysis more like an “academic exercise” and, in attacking the valuation, at times, engaged in “a theoretical dart throwing exercise that seemed untethered to any real world considerations,” the court said.

It found the valuation produced a fair price and the stock sale “must stand.” “Fairness and justice do not compel the appointment of a custodian” over the company, the court said.

« Should your business reopen? Five questions to ask yourself.
Bill that Provides More PPP Flexibility Is Signed into Law »