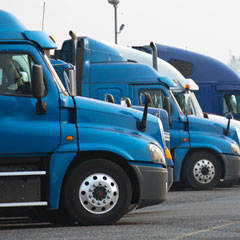 In a buyout dispute involving a Connecticut family business, an appellate court recently upheld the trial court’s decision not to tax affect the earnings of the company in valuing the departing shareholder’s interest, even though experts for both sides tax affected. However, this particular ruling is unlikely to change the direction in which courts recently have headed on tax affecting.

Three siblings each held a one-third interest in a specialty freight company that was organized as an S corp. After a falling out in 2011, the departing sibling’s employment as a driver and occasional dispatcher at the company was terminated. A few months later, he also resigned as officer and director of the corporation. Two years later, the remaining shareholders sued the departing sibling and his new company. He countersued, alleging oppression and asking for a dissolution of the company. Under the applicable statute, the company elected to buy his shares. Trial ensued in late 2015 and early 2016 as the parties could not agree on the fair value of his shares. The opposing experts valued the company under an income approach and tax affected earnings. The company’s expert applied a 25% rate, and the departing shareholder’s expert applied a 12.6% rate.

The trial court, “for the most part,” agreed with the company’s expert but did its own valuation. It declined to tax affect, at least in part because the company had a practice of making funds available to shareholders to meet their individual tax liabilities on earnings from the company. The company made “loans” to the shareholders that they repaid via “bonuses.”

The company appealed the trial court’s valuation on several grounds, including the failure to tax affect, which “artificially inflated” the company’s value. The appellate court said tax affecting has long been “the subject of considerable debate, and there is no Connecticut law that mandates a specific approach to tax affecting.” In surveying the legal landscape, the court found some courts “have chosen to reject an adjustment to S corporation cash flows based on taxes,” noting in particular the U.S. Tax Court’s decision in Gross v. Commissioner, which the 6th Circuit upheld.

Does it change anything?

In considering the weight of this ruling, note that the trial court decided the issue years before the pro-tax affecting decisions by the U.S. district court in Kress and the U.S. Tax Court in Estate of Aaron Jones v. Commissioner (which did not overrule Gross). The appeals court here also did not mention these key cases. Perhaps it wasn’t briefed on them. Also, the appeals court is clear that this is a fact-specific ruling. Given these limitations, it’s fair to question the larger significance of this case to the tax-affecting canon.

The case also raised important questions about the application of minority and marketability discounts in buyout cases.

« How the New USMCA Trade Agreement Will Affect Maine Businesses
Should your business reopen? Five questions to ask yourself. »