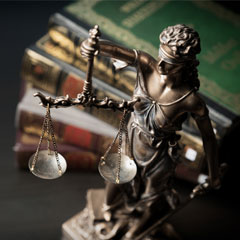 In a family dispute involving an irrevocable trust and several related closely held companies, the plaintiff trustees alleged a management company managed by certain family members was involved in misconduct. A discovery dispute ensued over the plaintiffs’ demand to inspect certain records and books of the defendant company. The court found inspection was justified. It noted expert testimony that explained why the information was important to determining the value of an owner/member’s interest in the company and showing how the company’s financial activities compared with arm’s-length transactions. This discovery dispute illustrates how valuation experts can assume a critical role already in the early stages of litigation, including formulating and explaining discovery requests.

The instant lawsuit pitted the trustee, acting for the benefit of one sibling, against other family members in that the trustee alleged potential breaches of fiduciary duty by the defendant company’s managers and officers as well as mismanagement and waste.

The plaintiffs, under the applicable operating agreement and pursuant to the state statute specifying the “rights of member, manager, and person disassociated as member” to information related to company activities and financial condition, requested access to certain corporate records and information. See Connecticut General Statute § 34-255i.

Testimony from the plaintiffs’ expert made clear the issues were whether certain activities were similar to arm’s-length transactions and whether the company’s financial performance and internal arrangements (including compensation to certain individuals) were consistent with market-based activities.

In resisting inspection of the specified records, the defendant argued the plaintiffs’ rationale was “a sham” and “not a valid basis for inspection because the plaintiff has failed to present any ‘credible proof’ to support a claim of mismanagement.” The defendant also said it had produced all documents “relevant to the subjects of value and claimed mismanagement.” Further, the defendant suggested that, under the operating agreement, this dispute should have been submitted to mediation and, if unsuccessful, to arbitration.

The court noted that the instant dispute turned on the interpretation of certain statutory language. In essence, the statute, G.S. § 34-255i, allows members in a manager-managed limited liability company to inspect and copy information regarding the company’s activities, affairs, and financial condition “as is just and reasonable” provided that:

The court said there were “several discrete requirements which must be satisfied in order for an information/record request to qualify under the statute.” For one, the requested information must be “material.” Based on Connecticut law, the court found “evidence is material if there is a reasonable probability that if the evidence has been disclosed it would have made a difference.”

Further, the request to inspect must be “just and reasonable,” The court noted that, under Connecticut law, the term contemplated “an objective standard … what a person with ordinary prudence would do given the circumstances, without accounting for any particular knowledge or skills.” Also, the dictionary definition of “reasonable” is “not extreme, immoderate or excessive.” The term “just” means “fair, equitable,” the court noted.

A final requirement specified that the information requested had to be “directly connected to the [limited liability] member’s purpose.” The court said that, while the applicable statutory provision did not expressly say so, “the purpose of the demand as proper must be read into the statute.”

Finally, quoting from the official comment to the Model Business Corporation Act, the court said, “A proper purpose means a purpose that is reasonably relevant to the demanding shareholder’s interest as a shareholder.… As a practical matter, a shareholder who alleges a purpose in general terms, such as a desire to determine the value of his shares, to communicate with fellow shareholders, or to determine whether improper transactions have occurred, has been held to allege a proper purpose.”

Financial information sought. The court found the request to inspect the following records met the requirements of the statute.

The plaintiffs asked to inspect the company’s general ledger. The plaintiff co-trustees, supported by expert testimony, contended the information would provide data as to whether the managers were managing the company for the benefit of the trust, including the beneficiary Benjamin Ziegler, or for their own benefit. Further, the information would enable the plaintiffs’ expert to determine the company’s EBITDA, information that was necessary to value the interest of trust beneficiary Benjamin Ziegler. In addition, the general ledger would assist in determining whether personal expenses were improperly charged to the company as well as whether managers and officers of the company were overcompensated. In terms of manager and officer compensation, the plaintiffs also demanded information on retirement savings plans.

The plaintiffs, alleging a potential conflict of interest in that the same people negotiated for both sides as to management fees, argued they needed information that allowed them to understand revenue calculation under the management agreements, the formula for calculating fees, the rationale for the fees, and any negotiations surrounding changes in the fees.

In ordering disclosure of the agreements, the court found these records were material. Moreover, they were “directly related to the entirely legitimate purpose of a member who wishes to satisfy himself that these arrangements are not sweetheart deals but rather are reflective of similar transactions in the marketplace, or to put it another way, are arm’s-length transactions.”

Access to compensation-related information was a particular sticking point. The defendant, reflecting the position of the company’s COO and CFO, that this information was “strictly proprietary among the managers and officers” and all employment contracts were “confidential” and should not be “distributed beyond the entity,” contended the plaintiff was only entitled to the sum total of salaries paid, without itemization.

The plaintiffs’ financial expert testified that this information was necessary to allow for a determination as to whether the compensation was excessive “as compared to similar positions in comparable business operations.”

The court found the testimony persuasive. “It seems fundamental that one who holds a significant percentage ownership (17%) in a closely held family company ought to be able to learn whether compensation paid to its employees, especially its executives and managers, is fair, reasonable and commensurate with the scope of their responsibilities and actual performance,” the court said. The request for this information was based on a proper purpose, the court concluded.

Records as to payments made on behalf of the trust

The court found there was evidence that, over the years, the company had made payments to third parties on behalf of the members of the trust, including certain taxes and investments. However, the plaintiff co-trustees were not given details of the transactions.

The court noted that, under Connecticut law, a trustee has a fiduciary duty to act on behalf of the trust; the trustee was not to defer to decisions by the beneficiaries. A trustee also had a duty to review trust assets and make decisions as to the retention or disposition of assets.

The court said company records relating to the “activities and affairs” of the managers affecting the interests of trustee-members were material. The plaintiffs’ demand to inspect these records was for a proper purpose, to achieve and ensure lawful trust administration. Therefore, all records related to payments made on behalf of the trust were discoverable, the court said.

The court dismissed the company’s defenses as to why it did not allow inspection. One argument is particularly noteworthy. The company said the plaintiffs’ demand for inspection related to the mismanagement claim required a “credible evidentiary basis,” citing to a decision by the Delaware Court of Chancery. However, in this decision, the Court of Chancery noted that the “credible basis” standard applied to states that looked to Delaware law for guidance on corporate law issues.

The court in the instant case also pointed out that the controlling Connecticut case allows for limited liability company inspection if the request is not unreasonable or improper. The court adjudicating that case looked to the case law of several other states for its analysis but “noticeably not” to Delaware case law.

In sum, the “credible basis” standard was not applicable here, the court said.

The court also rejected the company’s suggestion that this case should have been resolved through arbitration. The court observed that the company never asserted arbitration as a special defense or made a formal demand for arbitration. Instead, the company participated in extensive pretrial discovery and was prepared to go to trial. That’s a “classic case of arbitration waiver,” the court said.

In conclusion, the court found the plaintiffs had a right to inspect and copy all of the records identified and discussed above.