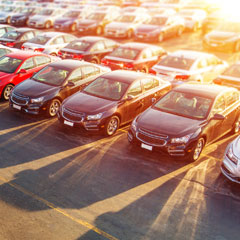 A buyout dispute between siblings who owned several businesses generated a noteworthy decision from the North Dakota Supreme Court on the use of valuation discounts. Reviewing the applicable case law, the high court found the trial court, in determining the fair value of one sibling’s minority share in a closely held corporation, did not err in refusing to apply a minority discount. The trial court was authorized to use the value finding to account for the majority shareholder’s wrongful conduct, the high court found. Also, case law from other states supported the decision not to apply a minority discount under the circumstances, the state Supreme Court found. It also concluded the trial court’s decision not to use discounts in the context of the dissolution of a partnership also was not clear error.

At trial, the parties presented expert testimony as to the value of the partnership and the automobile dealership. The trial court adopted the valuations of the brother’s expert.

The state’s high court observed that the trial court here was aware that the real estate appraiser had not considered the leases allowing the dealership to use the property. However, the high court said, there was evidence that the leases were not arm’s-length leases and that the rent payable under the leases could be increased. The brother’s expert considered the amount of rent that a lease reflecting market value could generate. This expert testified that, “if the leases reflected market value, the leased fee estate and fee simple estate would be equal.” Given this evidence, the trial court’s valuation of the real estate owned by the partnership was not clearly erroneous, the high court found.

The sister also claimed that the trial court erred in not applying a minority discount and a lack of marketability discount (DLOM) when valuing the partnership interest.

The high court, referencing a tax court decision, first noted that the two discounts were “conceptually distinct.” It explained that the minority discount deals with the interest owner’s inability to force liquidation and realize the owner’s respective portion of the net asset value. On the other hand, the marketability discount reflects the lack of a ready market for the ownership interest. Questions regarding the use of discounts and their rates are questions of fact, the high court noted.

It pointed out that the applicable state statute for winding up a partnership’s business (N.D.C.C. § 45-2-07) called for the liquidation of the business’s assets. Doing so required liquidating the assets of the business, paying its debts, and distributing the remaining funds to partners based on their ownership interests. Considering that the dissolution of the partnership here resulted in the liquidation of its assets, it was not clear error for the trial court to reject the use of discounts, the state Supreme Court found. It affirmed the trial court’s valuation of the partnership.

However, the high court struck down a damages award of $300,000 to compensate the brother for the sister’s breach of fiduciary duties with respect to the partnership, finding the trial court offered no explanation as to how it arrived at this sum.

The state’s high court disagreed. It first noted that the trial court had found the sister had taken “calculated steps to force the brother to sell his interest to her and reduce any funds owing to [the brother] from the business.” The trial court went on to say it would not discount the brother’s interest, as the sister’s expert had recommended.

The state Supreme Court noted that the reviewing court gives great deference to a trial court’s credibility determinations. According to the Supreme Court, the trial court here was not only making a credibility determination between the rivaling experts or deciding how much weight to give to each expert’s testimony. Rather, the trial court “adjusted its finding on the value of [the dealership] to account for [the sister’s] breach of fiduciary duty with respect to [the dealership].” Instead of awarding damages for the breach of fiduciary duty, the trial court decided to adopt the valuation of the brother’s expert, which did not apply discounts, the state Supreme Court noted.

It went on to explain that, in circumstances in which persons in control of a closely held corporation have acted in a wrongful manner toward the company’s shareholders, the trial court is authorized either to dissolve the corporation or “grant any equitable relief it deems just and reasonable under certain specified conditions.” The purchase price must be the fair value of the shares, unless there exists a controlling shareholder agreement. See N.D.C.C. § 10-19, 1-115(4)(a).

The state Supreme Court noted that the trial court here acted in accordance with the statute. The trial court used a value that favored the brother, “as an equitable remedy for [the sister’s] breach of fiduciary duty.” What’s more, the trial court selected a value for the company that was within the range of evidence. The trial court’s ruling did not reflect an erroneous view of the law, the high court found and upheld the valuation of the auto dealership.

In discussing the appropriateness of valuation discounts, the high court cited decisions from other state courts that have rejected the application of discounts when valuing a minority interest in the context of a corporate dissolution, where the buyer is the corporation or its controlling shareholder, as well in dissenting shareholder cases requiring a determination of the fair value of the dissenter’s interest.

“We agree a trial court ascertaining ‘fair value’ of minority shares under the Business Corporation Act should not automatically discount their value,” the state Supreme Court said. It concluded that the trial court’s rejection of discounts “was consistent with our case law.”