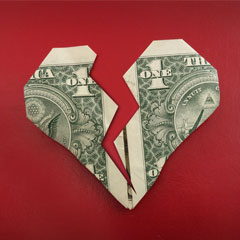 A Florida divorce case prompted an important discovery ruling from the appellate court as to a nonowner spouse’s right to access documents and information regarding the owner spouse’s interest in a large medical practice. The wife was one of 75 owners in a large medical practice that had 200 physicians. After she filed for divorce, the husband filed a counter petition seeking equitable distribution of the marital assets and alimony. He subpoenaed the medical practice, which was not a party to the proceedings, to obtain a number of documents, including financial records, arguing this information was necessary for him to determine the value of the wife’s ownership interest and support his claim.

The practice filed a motion for a protective order, arguing the wife’s ownership interest was predetermined by the practice’s operating agreement, which required the use of book value, as determined by the business’s accountant. The husband countered the operating agreement only applied to specific circumstances, which did not occur in the case of divorce. He was entitled to information that assisted in determining the actual value of the wife’s interest, using a fair market valuation or other reasonable method.

The trial court ruled in favor of the medical practice, but the husband persuaded the Court of Appeal to intervene and instruct the trial court to order the practice to produce the requested documents. The appellate court agreed with the husband that none of the circumstances existed that “would irrefutably define the value of Wife’s interest in [the practice] by an accountant’s determination of book value of the practice.” If the wife’s ownership interest was a marital asset, the trial court had to determine the value of the interest in its equitable distribution analysis. Information regarding the value of the medical practice, which may shed light on the value of the wife’s ownership interest, was discoverable “as those documents may themselves be admissible or lead to the discovery of admissible evidence,” the Court of Appeal said.

It also pointed out that book value, as the practice defined it, did not include accounts receivable and the value of goodwill. The practice’s expert witness testified that “book value” was not the same as fair market value.

The Court of Appeal ordered that the information be used only for the divorce proceedings and accessed only by the parties, their counsel, and their financial experts.