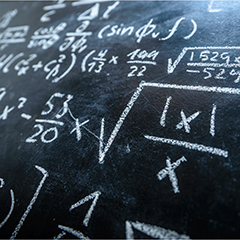 BV expertise matters, as a recent Florida divorce case shows in which the parties’ experts faced the challenge of valuing a company that once operated abroad but was sold a decade before the divorce trial. Only the owner spouse’s experienced valuation expert produced a defensible valuation, the trial court found. The state Court of Appeal affirmed.

This baroque marital dissolution case began in 1995, when the wife filed for legal separation and later for divorce in Ohio. In 2009, the wife asked a Florida court to determine and distribute marital assets and award her spousal support. The Florida case was tried in 2016. There was no transcript of the trial court testimony. The issue was how to value a company in which the husband obtained an ownership interest in 1991, while being overseas, which he sold in 2006 for nearly $2.4 million. The company operated in the Middle East.

For purposes of calculating the marital value of the company, the valuation date was 1995. The husband’s expert used a coverture fraction method. As the numerator, he used the number of months during which the asset was marital in nature, and, as the denominator, he used the total length of ownership. The coverture fraction was 23.3%, which he then applied to the 2006 sales price. The husband’s expert arrived at a marital value of the asset, as of 1995, of almost $556,000. The former wife’s share was almost $245,000, considering her share of taxes paid by the former husband on the sale.

The wife’s expert used an income approach even though both experts apparently said it was “very difficult” to come up with accurate estimates of an “interim value” where no “normal” financial records were available given the passage of time and location of the business. The trial court adopted the approach of the husband’s expert.

On appeal, the wife argued the trial court should have credited her expert’s valuation. Rejecting the argument, the appellate court noted the wife’s expert “was a CPA with no business valuation credentials” who used an income approach “despite having essentially no financial documents reflecting the cash flow, liabilities, assets, and so forth of the company.”

In contrast, the Court of Appeal said, the trial court found the husband’s expert was “experienced in valuing businesses and offered a reasonable approach” to valuing the company “despite having little financial data beyond the ultimate price for which Former Husband sold his interest.” The appellate court also observed that, when there is no transcript of the trial court testimony, an appellate court should give “utmost credence to [the trial court’s] fact findings.”