Deal Price Prevails in Yet Another Delaware Statutory Appraisal Ruling 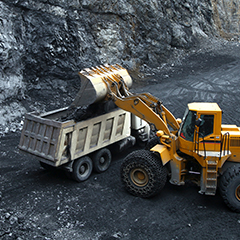 Nine days after his ruling in Columbia Pipeline, Vice Chancellor Laster again found the deal price was the most reliable indicator of fair value in a statutory appraisal case involving a publicly traded mining company. The Court of Chancery’s analysis in Columbia Pipeline served as a template for this case, but the court burrowed even deeper into legal issues related to the sale process and discussed in detail the party experts’ testimony on the validity of the trading price. Here, as in Columbia Pipeline, the court declined to engage with the experts’ discounted cash flow analyses.

The litigation arose out of the sale of Stillwater Mining Co. (Stillwater) to the respondent, Sibanye Gold Ltd. (Sibanye). Stillwater primarily produced palladium and platinum, and its valuation was closely linked to the prices of these metals. The driving force behind the sale to Sibanye was Stillwater’s CEO. The contested merger closed in May 2017.

The court explained that the reliability of the deal price hinged on the integrity of the sale process. The court allowed that the presigning sale process was imperfect. The petitioners showed that the CEO had personal reasons for pursuing this sale and was singularly focused on a deal with Sibanye; he entered negotiations with Sibanye without timely informing the board, developed a pricing metric without the board’s knowledge, and organized a multiday site visit by Sibanye without cuing the board. Once in the loop, the board failed to perform meaningful oversight. But the court also found that there was a post-signing market check, which, even if rushed and conducted against the backdrop of numerous deal protections, was effective. No bidder emerged.

In assessing the specific facts, the court explored a broader issue: whether the deal price can be a reliable indicator of fair value where the seller pursues a single-bidder strategy in the presigning stage but allows for a post-signing market check. The court acknowledged that the state Supreme Court had not examined this question in the appraisal context. But the court found guidance in the Supreme Court’s enhanced scrutiny jurisprudence that applies in breach of fiduciary duty cases. The court noted that commentators on Delaware case law have noted the deal price will provide evidence of fair value in an appraisal proceeding that features a publicly traded company if the sale process would satisfy the enhanced scrutiny standard in a fiduciary challenge. In addition, the court considered the facts underlying the Delaware Supreme Court decisions in DFC Global, Dell, and Aruba. Recognizing that not all cases “are squarely on point,” the Court of Chancery proposed that a single-bidder process may produce a reliable deal price if the merger agreement allowed for a passive post-signing market check and no other factors undermined the sale process.

This was the case here, the court concluded, endorsing the deal price. No one argued in favor of an adjustment for synergies, but the court suggested that the petitioner could have, but did not, argue for an upward adjustment to the deal price due to an increase in the company’s value between the date of announcing and closing the merger because of an increase in the value of the metals Stillwater produced. The petitioners’ expert did make a related argument in favor of adjusting the trading price upward, but this argument went nowhere, since the court found the trading price was a less reliable indicator of fair value than the deal price.

The deal price, and the company’s fair value on the closing of the merger, was $18 per share, the court found.