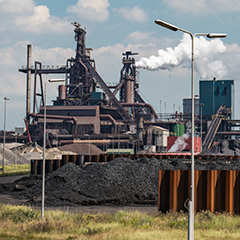 In this ESOP litigation, both parties tried to exclude the opposing side’s valuation expert testimony under Rule 702 and Daubert. The court noted that, at this stage in the proceedings, its focus was on whether the experts applied reliable principles and methods, not on the experts’ conclusions. This case serves as an important reminder to attorneys and experts that the role of the court as gatekeeper is different from its role as evaluator of the sufficiency of the evidence (as the court in another case, Washington v. Kellwood Co., explained so well). Put differently, simply because the expert opinion is admissible does not mean it will hold up in terms of the ultimate outcome of the case.

The U.S. Department of Labor (DOL) sued the defendant trustee (and others) alleging the trustee violated its duties under ERISA by causing an employee stock ownership plan (ESOP) to purchase the outstanding stock in a graphite processing company (Graphite Sales Inc.). According to the DOL, the purchase was for greater than fair market value, which meant the trustee caused the ESOP to overpay by approximately $6 million. At the time of the transaction, an independent valuation firm appraised the company. As part of the transaction, the sellers received stock warrants that amounted to an 18% equity stake in the company. Also, two officers received stock appreciation rights, representing a 10% equity interest. Further, an investor received rights to a 7% equity stake in the company.

The crux of the case was the valuation of the company. The DOL offered expert testimony that called into question the ESOP valuator’s contemporaneous appraisal. The defendant trustee presented its own trial expert to testify and rebut the opinion of the DOL’s expert. Both parties challenged the opposing testimony under Rule 702 of the federal rules of evidence and under Daubert and its progeny. Further, the DOL argued the opposing expert opinion was inadmissible under Rule 403, which provides for exclusion of relevant evidence on various grounds (unfair prejudice, confusing the issues, misleading the jury, etc.). The court’s discussion focused on Rule 702 and Daubert.

In a nutshell, Rule 702 and Daubert provide for testimony by a qualified expert whose “scientific, technical, or other specialized knowledge will help the trier of fact to understand the evidence or to determine a fact in issue.” The testimony must be based on sufficient facts and data and must be “the product of reliable principles and methods.” In assessing the testimony, a court considers whether the testimony “has been tested, is the subject of peer review and publication, has a permissible error rate, follows established standards, and receives ‘general acceptance’ within a ‘relevant scientific community.’”

“At this gatekeeping stage,” the court in the instant case said, the court’s focus is “on principles and methodology, not the conclusions that they generated.”

In trying to exclude the DOL’s expert, the defense broadly claimed the expert’s value opinion was nothing more than ipse dixit, or “I say so.” This argument, the court found, was based on the expert’s statement during his deposition that he “could not speak for the entire industry.” In other words, he suggested different valuation experts might interpret certain facts differently.

“Of course, [the expert’s] concession … does not mean that his own interpretation is made up,” the court said, dismissing the defendant’s argument.

The defendant also attacked the expert’s methodology on specifics. For example, it took issue with the DOL expert’s statement that the ESOP appraiser should have used multiples of revenue and EBITDA, not multiples of EBIT and EBITDA, in valuing the company. The defense claimed the DOL expert’s view conflicted with a cited treatise that said the expert’s proposed approach was applied most frequently to startups and service businesses, neither of which the subject company was.

“The defendant is wrong,” the court said. It noted the treatise “explicitly contemplates” use of the expert’s approach “in circumstances other than start-ups and service companies.”

Secondly, the defendant objected to the DOL expert’s claim that the ESOP appraiser erred by using the exit multiple method rather than the Gordon growth model for its discounted cash flow analysis. The defendant said the expert’s critique was wrong because treatises permit the use of either method.

“Even if true,” the court said, the defense argument does not affect admissibility because it simply contests the DOL’s expert choice among accepted valuation methodologies.

Thirdly, the defendant claimed it was improper for the expert to consider the stock warrants and appreciation rights when valuing the company. The defendant noted that the expert, in deposition testimony, “admitted” that the warrants could be considered part of financing the transaction.

The court noted that, in the same testimony, the expert pointed to another “motivation” for the warrants: They were “a form of contingent consideration” and should have been added to the purchase price, he said.

The court said that the defendant would have a chance to probe this issue at trial. However, in terms of admissibility, the defendant failed to show the expert’s view was based on insufficient facts or conflicted with accepted principles and methodologies.

Moreover, the defendant raised questions related to the DOL expert’s application of the principles and method to the facts of the case. For example, the expert criticized the ESOP appraiser’s projections. The defendant, in turn, claimed the expert failed to give proper consideration to the management projections and ignored various other pieces of financial evidence.

The court noted that none of “these purported errors” showed the DOL expert “made up” his revenue projections or used unsound methods. The defendant failed to show that accepted valuation principles compelled the expert to weigh the evidence differently or consider certain evidence, the court said.

According to the court, the defendant’s objection went toward the weight of the opposing opinion, but it did not “even remotely suggest” the opposing expert’s opinion was based on an unsound methodology.

Similarly, the DOL’s expert criticized the ESOP appraiser’s use of a 10% control premium to the guideline companies’ stock. The defendant suggested that the DOL expert’s analysis of control was wrong and made his calculation wrong.

The court disagreed again, noting that this type of application error “would not show that [the expert’s] views are inadmissible.

Objection to defense expert testimony. The court quickly dismissed the DOL’s claim that the defense expert’s testimony was inadmissible because he improperly proposed a damages methodology when doing so was the role of the court.

The court noted the defense expert’s approach—comparing what the ESOP paid for the stock with the fair market value of the stock on the date of the transaction—was the same approach the DOL expert used. Further, this analysis was a legally approved methodology.

In general, the court suggested that the parties mostly quarreled over the opposing expert’s conclusions but failed to show the conclusions were unscientific—the requisite inquiry for purposes of determining admissibility of expert testimony.

Both expert testimonies were admissible in their entirety, the court found.

« FAQs About Self-Employment Tax
What Employers Should Know about HSAs »