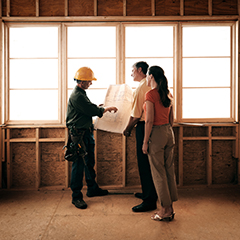 It’s not uncommon for folks here in Portland and all across Maine to be self-employed. Those who are probably pay the self-employment (SE) tax. But people who do the occasional odd job or only collect income for one-off circumstances may not have to pay the SE tax. If this type of work applies to you, here are some answers to questions you may have about paying taxes on those irregular sources of income.

What Is SE Tax?

The U.S.Treasury Department uses the SE tax to collect Social Security and Medicare taxes on non-wage income from business-related activities. For 2019, the rate is 15.3% on the first $132,900 of net SE income — 12.4% of which goes to Social Security and 2.9% to Medicare.

On income above that threshold, the Social Security tax component goes away. However, the Medicare tax remains and rises to 3.8% at higher income levels.

Will You Owe Self-Employment Tax on Random Income?

This is because in the landmark Groetzinger case, the U.S. Supreme Court ruled that an activity must be conducted with “continuity and regularity” and with a “profit motive” to incur SE tax. Therefore, income earned from an isolated or sporadic activity isn’t usually subject to SE tax.

In 2016, the U.S. Tax Court reaffirmed this in its Ryther decision. In this case, a former steel company owner sold scrap metal he collected before the company dissolved. The court ruled that the income was excluded from net SE income because the owner’s sales only occurred once or twice per month and only once per day. Therefore, the sales were too sporadic to constitute a trade or business, and the income wasn’t subject to SE tax.

Here are a few examples to show how the trade or business standard might be applied.

Jim regularly works for a few construction companies throughout Maine. In his spare time, Jim is supervising the construction of his neighbor’s house — a job that earns him $5,000.

While this may be the first time Jim has done a side gig like this, the IRS may argue it’s so closely related to his regular self-employed work that he needs to pay the SE tax. Jim, however, could reasonably say he doesn’t owe the SE tax because this is a one-off activity.

Abby was an active realtor in Portland for several years, but recently she took time off to be a stay-at-home mom. She did, however, keep her realtor license active “just in case.” This past year, she earned a $30,000 referral fee by connecting an acquaintance to another realtor who sold the acquaintance’s home for a significant commission.

While Abby used to be in the real estate business, it’s clear she isn’t currently. Therefore, it’s highly unlikely she would owe SE tax on the referral fee she collected.

Note: If you take the position that irregular income is SE-tax-exempt because it’s not from a trade or business, you relinquish the right to claim deductions for any related expenses. For example, Abby wouldn’t be able to write off her annual realtor license fee.

This past summer, 16-year-old Jake mowed lawns, painted fences and took care of pools for some neighbors. From these activities, he earned $2,500, yet he doesn’t owe SE tax on this income. Why? Because as a full-time high school student, Jake’s not in the yard care and home maintenance business, even if he does such work several summers in a row.

Random income — like the kind outlined in the above examples — is often SE-tax-exempt. There are also categories of non-random income that are also SE-tax-exempt, such as billboard rental income where your only real “work” is cashing checks. If you have questions or want more information on this issue, check with us at Filler & Associates, and we can help you figure it out.