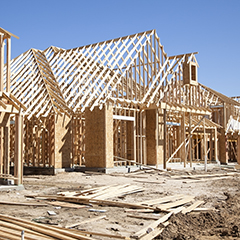 Here in the greater Portland area, real estate prices are increasing and development is booming — which is good news for owners of underdeveloped or underutilized land. But if you’re among those who are looking to sell, develop or subdivide a highly appreciated property, it could result in an astronomical tax bill.

However, there are ways to mitigate this tax hit. A popular and effective strategy is setting up an S corporation to develop and sell off the lots. Here’s how it works.

In general, the Internal Revenue Code treats a land developer as a real estate “dealer” who earns a profit from selling inventory (which in this case is land). That means the entire profit — including the portion from any pre-development appreciation in the value of the land — is taxed as ordinary income rather than a long-term capital gain.

Ordinary income tax rates are higher for most taxpayers than long-term capital gains taxes. Taking into account the net investment income tax (NIIT), the maximum federal rate on an individual’s ordinary income is 40.8%. When you factor in Maine’s state income tax, your combined tax rate on a land sale profit could approach almost 50%.

This is much higher than if it were taxed as a long-term capital gain. The current maximum federal rate on long-term capital gains is 20% — though most taxpayers owe closer to 15%. If you also owe the 3.8% NIIT, your combined maximum federal rate would be 23.8% — that’s around half as much as it would be if it were taxed as income.

So clearly there’s a benefit to having profits from a large land sale taxed as capital gains opposed to income. And setting up an S corporation can make you eligible to do so.

Creating an S corporation to develop the property can make you eligible for favorable long-term capital gains tax treatment for all the pre-development appreciation in the value of your land. This approach assumes that you’ve held the property for more than one year for investment, rather than as an established dealer in real estate.

While this strategy reduces the tax impact of pre-development appreciation, it won’t apply to profit attributable to subdividing, developing and marketing activities. Because you will be treated as a dealer for that part of the process, those profits will be taxed as ordinary income, not as long-term capital gains.

How Much Can You Save?

Imagine you bought a large piece of land for $2 million back in 2010. Today, the current fair market value is $5 million. That means the land’s pre-developed appreciation is $3 million.

As a result, the maximum federal income tax hit under current law would be $1,530,000. Without the S corporation strategy, the entire $5 million profit would result in a maximum tax hit of $2,040,000.

If this S corporation strategy sounds appealing to your potential land development deal, here is the basic process you’d follow:

1. Establish an S corporation.
If you’re the sole owner of the appreciated land, you can establish a new S corporation owned entirely by you to function as the developer. If you share ownership of the land — either through a partnership or a limited liability company (LLC) — you and the other owners can form an S corporation and receive stock in proportion to your ownership interests.

Under current tax law, the sale to the S corporation will trigger a long-term capital gain eligible for the 23.8% maximum federal rate — assuming you’ve owned the land for more than one year and held it for investment purposes.

3. Use the S corporation to develop the land.
The S corporation will subdivide and develop, market and sell the property. The profit from these activities will be ordinary income passed through to you (or to you and the other co-owners). The maximum federal tax rate on subdividing, development, marketing and selling activities could be as high as 40.8% under current law.

However, the average tax rate on the entire profit will be lower than 40.8%, because the predevelopment appreciation is taxed at a maximum federal rate of 23.8%.

It’s a sellers’ market now in Maine. If you’re thinking of selling and developing land, the S corporation developer entity strategy can potentially be a major tax-saver. Get in touch with us at Filler & Associates and we can help you with the details and run the numbers.