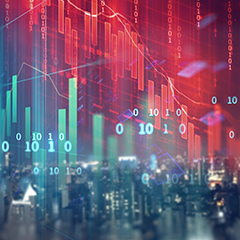 In a sharp rebuke, the Delaware Supreme Court overturned the Court of Chancery’s controversial decision in the Aruba Networks statutory appraisal case to use the unaffected market price as the sole indicator of fair value. The Court of Chancery obtained the market price by averaging the price at which Aruba stock traded during a 30-day period three to four months prior to the closing of the contested merger. It was $17.13 per share, the lowest value indicator in play.

Hewlett-Packard (HP) acquired Aruba Networks for $24.67 per share. HP was a strategic buyer. As part of the appraisal proceedings, Aruba (100% controlled by HP) proposed a deal price minus synergies of $19.10 per share. The Court of Chancery, performing its own synergy analysis, arrived at a lower price, $18.20 per share, but declined to use it. Issuing its decision in the wake of the high court’s important Dell and DFC Global rulings, the Court of Chancery decided only the unaffected market price was direct evidence of how the market valued Aruba as a going concern. The deal price minus synergies was flawed in that it required the court to estimate synergies and another layer of value derived from the merger itself. To do so left room for human error.

The Supreme Court disapproved of the Court of Chancery’s rejection of Aruba’s deal price minus synergies, pointing out the price aligned with HP’s and Aruba’s “real-time considerations” and various valuations by Aruba. What’s more, the trial court’s decision was based on an “inapt theory,” which proposed that fair value needed to exclude not only synergies but also the value of “reduced agency costs.” There was no evidence that the deal price “involved the potential for agency cost reductions that were not already captured by its synergies estimate,” the high court noted. Synergies “classically involve cost reductions that arise because, for example, a strategic buyer believes it can produce the same or greater profits with fewer employees,” the court said. The Court of Chancery ignored the fact that HP’s synergy analysis already priced agency cost reductions. In effect, the Court of Chancery double counted agency costs, the Supreme Court said.

The high court pointed out that neither party had advocated for the use of the market price until sometime after trial, when the Court of Chancery, on its own, “injected” the idea of awarding the stock price into the proceedings Only then did Aruba disavow the deal price minus synergies method, probably because it realized it might get a more favorable outcome than it had argued for, the high court noted. It also said the Delaware Court of Chancery’s actions raised due process and fairness concerns in that the market price issue was not properly vetted in the pretrial and trial proceedings.

The Supreme Court said it would not “burden the parties with further proceedings” and based the award to the petitioners on the deal price minus synergies, $19.10 per share.

Gil Matthews, chairman emeritus and senior managing director of Sutter Securities (San Francisco), who is a longtime observer of the Delaware courts, says that, “since the valuation date for an appraisal is the date the transaction closes, it is no surprise that the Delaware Supreme Court rejected a valuation based on the pre-announcement price. Moreover, because the acquirer was privy to favorable news that was not yet publicly available, the pre-announcement price did not reflect a key fact.”