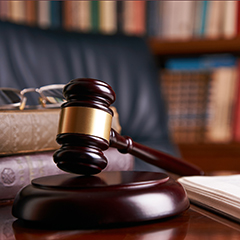 In a divorce case, the Indiana Court of Appeals reviewed a trial court’s post-judgment decision to modify the husband’s child support obligation upwards. The crux of the case was how to calculate the father’s income where he held minority interests in several pass-through entities (PTEs), some, but not all, of which made distributions to him. This unpublished opinion provides a useful primer on the applicable legal principles.

The father had a minority ownership interest in four pass-through entities (S corporations and partnerships). He received distributions from only three companies.

Based on the final divorce decree in 2010, the father paid weekly child support. In 2015, the court entered an order for child support (retroactive and prospective) based on income figures for 2012, 2013, and 2014. Two years later, in 2017, the mother asked the court to modify the order, claiming the father’s income had significantly increased since the 2015 order.

In a 2018 hearing, the father presented a spreadsheet listing W-2 income and any income he had received from the subject entities and the amounts of tax liability, distributions, distributions in excess of tax liability, annual income, gross up per the Indiana Child Support Guidelines, and actual gross income. The husband’s accountant testified that the entities were pass-through entities for tax purposes, that none of the entities paid tax at the corporate level, and that all the income was summarized and passed through to the shareholders or members of the corporation.

In terms of calculating income for child support purposes, the trial court cited the controlling case law, which said:

The court then noted that any income that was attributable to the father by the companies in which he was a minority shareholder but that was not disbursed to him, as shown on his K-1 statements, was not includable in the child support calculation. Moreover, to the extent the distributions were made to cover the father’s minority shareholder tax liability, those amounts were not includable in the child support calculation. Only gross distributions that were over and above the shareholder tax liability should be included in the calculation, the court said.

It granted the mother’s petition to modify child support, noting both the father’s “income and economic circumstances have significantly improved” since the most recent court order.

The father appealed the ruling, but the state Court of Appeals found the record indicated a “substantial and continuing change in the financial resources of the parties relative to each other” and as such supported the modification. The father’s June 2014 financial statement showed a net worth of about $1.8 million, whereas a February 2017 financial statement showed an increase in net worth to nearly $4.2 million. The statements also showed a considerable increase in value of the father’s interests in the four PTEs. The trial court’s conclusion of a significant improvement in economic circumstances was based on the father’s tax documents and summary of income attributable to him as a shareholder and member in the PTEs and the amounts distributed or not distributed to him, the Court of Appeals found. It affirmed the trial court’s ruling.

« Is a New Individual Health Plan in Your Future?
Protecting Yourself after the Capital One Data Breach »