Analysis Holds Up in Divorce Litigation 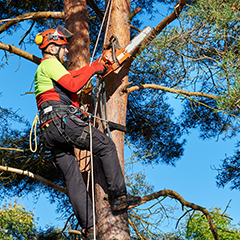 A Maryland divorce case illustrates the difficulties an appraiser charged with valuing a small company in the divorce context may face and how he or she may prevail in court.

The wife was the sole shareholder in a tree services business. The issue at divorce was the size of the monetary award to the husband. Initially, neither spouse offered much valuation evidence. The trial court performed a value determination based on a recent tax return that an en banc panel overturned. At the remand hearing, both parties presented expert testimony from CPAs who had valuation credentials.

The wife’s expert found the company had a value of zero. The husband’s expert explained in detail the numerous obstacles he encountered to performing a valuation. The company did not provide all of the requested financial information and the company’s tax preparer and management did not answer most of the questions the expert had asked. The company only made available four years of tax returns and a QuickBooks file, which did not “match up” from an accounting point of view. The expert also said that, from other “tax work,” he was able to see there were accounting problems. He noted “some troubling trends regarding … revenues to operating costs … as time passed.” Sales were declining, but expenses were increasing, he noted.

The expert considered all three valuation approaches but concluded here the market approach generated the only reliable indicator of value. He made it clear that he normally would prefer to do an income analysis, but he did not have the necessary information and the information he received was problematic. For the market approach, he used Pratt’s Stats (now DealStats) and attained a value of about $408,000, which he decided was too high for this kind of company. In light of the company’s poor performance, he applied a “very heavy discount for lack of marketability,” i.e., 50%. He recognized the significant payroll tax liability, which would make it less likely that someone would buy the business. The DLOM reduced the fair market value to $204,000.

The trial court found it difficult to reconcile the zero value with the company’s employing 11 people, paying the employee who took over the husband’s job a $65,000 annual salary, allowing the wife to pay herself $40,000 and $50,000 in 2014 and 2015, respectively, and other factors. The court credited the opinion of the husband’s expert, noting his credentials and the detailed explanation he gave of the various valuation methods and the obstacles he faced in doing the valuation.

« When To Update Your Estate Plan
How Much Can Your Business Deduct for Vehicles Placed in Service in 2019? »