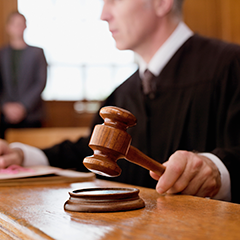 In a short but very educational opinion, a New York appellate court answered a fundamental question: Under what circumstances must a valuation report be disclosed? The crucial factors were the report’s relevance and purpose.

The plaintiff held shares in the defendant company and sued, alleging gross corporate malfeasance, including waste of corporate assets and self-dealing. The defendant later sought discovery of a valuation report a business valuation firm had done on behalf of the plaintiff for estate tax purposes. (The plaintiff was the administrator of a deceased shareholder’s estate.) The appraiser was hired to determine the value of the decedent’s stock in the defendant.

The valuation was completed prior to the litigation. In effect, the plaintiff filed suit against the defendant after the BV firm voiced “serious and substantial concerns” (presumably about how the company operated). The contract between the plaintiff’s counsel, who retained the BV firm, and the latter said that all communication between the parties to the contract would be confidential.

The plaintiff opposed discovery. The defendant filed a motion to compel, which the New York Supreme Court (trial court) granted. In response, the plaintiff appealed the ruling.

New York law favors full disclosure of all matters “material and necessary in the prosecution or defense of an action, regardless of the burden of proof.” The trial court has broad discretion in overseeing discovery. Courts should interpret the term “material and necessary” liberally and require disclosure “of any facts bearing on the controversy which will assist preparation for trial.”

Basically, the attorney-client privilege protects communication between an attorney and his or her client made for the purpose of giving and obtaining legal advice in the course of a professional relationship. The privilege seeks to ensure that a client is able to confide fully and freely in the attorney, “secure in the knowledge that his [or her] confidences will not later be exposed to public view to his [or her] embarrassment or legal detriment.”

In challenging the order to disclose the report, the plaintiff argued that it was not “material and necessary” to the case and, further, that it was protected by the attorney-client privilege.

Moreover, the valuation report was not protected under the attorney-client privilege. It did not have a legal purpose. Rather, its primary purpose was to appraise the decedent’s stock for the purpose of filing estate taxes. Importantly, the plaintiff did not commence the lawsuit against the defendant until after the appraiser, having completed the appraisal, expressed concerns.

The appellate decision noted that, simply because an attorney, i.e., plaintiff’s counsel, hired the appraiser and the parties labelled their communication confidential did not shield the report from discovery. Further, “the mere fact that [the appraiser’s] report now supports plaintiff’s legal action does not eliminate the fact that the report was not initially done for legal purposes.”

In conference in front of the court, the plaintiff acknowledged there was no legal information in the report and that the report did not disclose the plaintiff’s confidential information. A report for estate tax purposes does not qualify as “of a legal character,” the appellate court stated.

The appellate division found the plaintiff waived the argument that the valuation report was similar to tax returns, which he claimed were not discoverable, because the plaintiff had failed to make this argument to the trial court.

Under the circumstances of the case, the valuation report was discoverable, the appellate division confirmed.

« Should Employers Allow Emotional Support Animals in the Workplace?
When To Update Your Estate Plan »