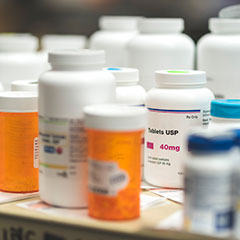 When it comes to document discovery, the “why and “when” matter greatly, as a recent New York ruling centering on a valuation report makes clear. The issue was whether a valuation the defendant had commissioned months before the plaintiff filed suit was privileged or protected by the work-product doctrine.

In 2012, two pharmaceutical companies made an agreement to end a joint venture. Years later, they were still at odds as to whether the agreement required a valuation of non-cash assets to effect the distribution of capital contributions. The plaintiff believed a fair market valuation of products was necessary, whereas the defendant initially disagreed. In spring 2015, the defendant changed course and began to pursue its own valuation, which, it then said, the parties “could use as a starting point.” Contemporaneous communication between the parties showed that, at the time, the parties were in negotiations.

In fall 2015, the defendant’s in-house counsel decided the plaintiff’s position as to the valuation was “antithetical” to the agreement. The disagreement, he believed, “could lead to litigation.” At the same time, in the ongoing discussions with the plaintiff, the defendant did not mention anything about a valuation. The defendant eventually hired a law firm that formally retained an appraiser, saying an estimate of the value of the products would help the firm “assess the case.” The appraiser’s final report from February 2016 said it was “privileged and confidential.” The valuation was assisting with “the provision of services for corporate planning purposes.” The appraiser’s services were solely for internal use “to assist with … litigation due diligence.”

In March 2016, the parties again met to settle their dispute. The defendant used the valuation to prepare for the meeting. The parties did not achieve a resolution, and, six months later, the plaintiff sued.

The plaintiff asked for the defendant’s valuation. The court found it was discoverable. When the defendant continued to refuse producing the report, the plaintiff filed a motion to compel, which the court granted.

The court’s concise opinion pays close attention to the purpose of the valuation and the timing. The court found the attorney-client privilege did not apply because the valuation was not prepared by an attorney “acting as such,” and it did not reflect an attorney’s thinking and professional skills. The work-product doctrine did not apply because the valuation was not “created solely and exclusively in anticipation of litigation.” The court noted that, before the defendant contemplated litigation, its business people chose an appraiser to prepare the valuation for business purposes. Even if the defendant shortly afterwards contemplated the possibility of litigation, the defendant could not show that “the actual scope or nature of the retention changed in any material way.” After the valuation was completed, the parties were still in business discussions to resolve their disagreement. “Under the circumstances, a mixed purpose cannot be ruled out,” the court said.

« Exploring the Cashless Movement in Retail
Does Your Company Allow Vaping on the Job? »