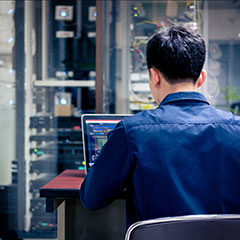 This Daubert case illustrates how courts may interpret the role of “gatekeeper” differently. The dispute featured a company that provided software-based services. The defendants claimed the plaintiff’s expert was unqualified because he lacked the necessary experience valuing that type of company, but the court found the law did not require this degree of specialized knowledge.

In contrast, in Weinman v. Crowley, a bankruptcy case turning on insolvency, the court, on its own accord, found the trustee’s expert, who had extensive background in international finance and some accounting experience, lacked the necessary solvency experience. The court suggested that it would have excluded the expert on this basis had the defendant argued for it. Courts also diverge on reliability when it comes to calculating damages. Here, the court said some degree of speculation is common in expert testimony. In contrast, in a recent Texas case, Cargotec v. Logan Industries, an appeals court majority found damages testimony was not admissible because the expert relied on management projections that were based on some unfounded assumptions, notwithstanding the expert’s extensive independent work on the case.

In 1994, the plaintiff founded a company, Group Dynamics, that specialized in complex workplace investigations. The company later changed its name to Business Controls and eventually became Convercent, the named defendant. As the company developed, it expanded the services it provided. They included the traditional web-based whistleblower services as well as investigative, consulting, and training services. In 2012, Convercent was worth approximately $6 million to $8 million. The plaintiff began to look for outside investors. The company’s then-president introduced the plaintiff to the leader of a consulting company, Nebbiolo, suggesting Nebbiolo could increase Convercent’s value.

At that time, the plaintiff did not know that Nebbiolo had only just been formed and that Convercent’s president had a personal stake in it. In 2012, the plaintiff and Nebbiolo entered into a professional services agreement (PSA) under which Nebbiolo would provide services for a fee and the ability to buy equity in Convercent. As Nebbiolo lacked the funds to buy the stock outright, it persuaded the plaintiff to accept a four-year note for $1.95 million. Nebbiolo convinced the plaintiff to surrender his role as CEO of Convercent, giving verbal assurances that he could continue to work for Convercent as long as he wished. After the plaintiff’s three-year employment contract was up, Convercent declined to renew it.

In March 2017, the plaintiff sued Convercent, Nebbiolo, and two persons who he claimed had conspired against him. The claims included wrongful discharge, breach of the employment agreement, civil conspiracy, and violations of the Colorado Organized Crime Control Act (COCCA). In an earlier ruling, the court dismissed some claims but allowed others to go forward.

The defendants then filed several pretrial motions, including a Rule 702/Daubert challenge to the plaintiff’s damages expert. The court granted the defendants’ summary judgment motion as to the plaintiff’s claim for breach of the duty of good faith and fair dealing against Convercent. But the court found that there were triable issues as to the other claims.

The court also denied the defendants’ motion to exclude the plaintiff’s expert testimony.

Rule 702 of the Federal Rules of Evidence provides for expert testimony if the expert’s specialized knowledge assists the trier of fact and the expert’s opinions are based on sufficient facts and reliable methods properly applied to the facts. Under Daubert, the evidence must be relevant and reliable. The party offering the expert testimony has the burden of showing the testimony is admissible. The trial court serves as “gatekeeper,” assessing the expert’s reasoning and methodology and determining whether the expert opinion is scientifically valid and applicable to the facts of the case. Here, in explaining the applicable legal principles, the court noted that, being the gatekeeper “is not a role that emphasizes exclusion of expert testimony.”

The plaintiff’s expert had advanced degrees in economics and professional experience working in that field. He was retained to provide a damages calculation, which included a valuation of the plaintiff’s shares in Convercent as of the end of 2017, the year in which the plaintiff filed suit.

The defendants claimed the testimony failed all the requirements of Rule 702 and Daubert: qualification, relevance, and reliability.

According to the defendants, the expert lacked the specialized knowledge to testify to Convercent’s value because he had never valued a software-as-a-service company.

The court disagreed, finding the expert had multiple economics degrees and had been teaching and working in the field of economics for years. He also had prepared business valuations for a cannabis company and for a medical devices company. “Defendants have not stated why a business valuation of a software-as-a-service company is any different than valuing a company in the cannabis and medical devices industry,” the court said. It further noted that, under case law, an expert’s lack of specialized knowledge goes toward the weight of the testimony but does not affect admissibility.

The defendants contended the expert testimony was not relevant because it was incongruous with the remedy available to the plaintiff. The plaintiff could only recover the projected value of the company’s shares today before the plaintiff entered into the PSA with Nebbiolo—thus, before March 2012 (when the company did business as Business Controls). The defendants argued this remedy was mandated by the plaintiff’s claim that he would not have made the PSA agreement had he known the facts about Nebbiolo.

In the alternative, the defendants said the expert should have valued the company (then doing business as Convercent) as of 2015, not 2017.

The court rejected this argument, noting that, relative to expert testimony, “relevance” meant the testimony would have to assist the jury in its damages determination. Broadly speaking, the testimony here was helpful because the average juror was unlikely to have the knowledge necessary to value a company based on market indicators, the court observed. It also found the testimony was relevant to the damages issue in the instant case.

Therefore, the plaintiff here was entitled “to affirm the PSA and seek the value of his current Convercent shares,” the court said. The expert’s testimony on this point was relevant, the court found, adding it ultimately was the jury’s decision what the appropriate measure of damages here was.

The defendants claimed the expert opinion was not reliable because the opposing expert lacked the necessary qualifications (an objection the court rejected) and also because the expert failed to consider mitigation and other pertinent facts. Therefore, his opinion was speculative.

The court dismissed these objections as well. It noted that the defendants would have a chance to challenge the data on which the plaintiff’s expert based his calculation. The plaintiff’s expert appeared to use similar facts and data as the defendants’ expert, the court pointed out. The court said it would not preclude the plaintiff’s expert from testifying “simply because the two experts have reached a different result. This is almost always the case with opposing experts.” Disagreeing with an expert’s approach or his or her reliance on certain data “does not necessarily mean an expert’s opinion is not reliable under Rule 702,” the court said.

In sum, the court found there were no grounds under Rule 702 or Daubert to exclude the plaintiff’s damages expert.

« Spring cleaning? Know which records to keep
Exploring the Cashless Movement in Retail »