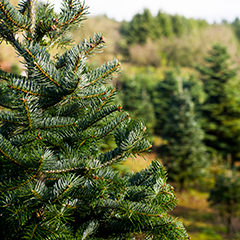 Judges are alert to incongruities in valuations, as is clear from a recent condemnation case in which landowners hired three experts to calculate the compensation owed to them. The court excluded all experts under Daubert, and it had particularly harsh words for the valuation expert who was unable to support critical elements of the valuation. The income analysis lacked “any indicia of reliability” and the capitalization rate determination was “entirely suspect,” the court said.

A pipeline reached agreements with most landowners whose property was affected by the construction. However, the company litigated the compensation issue with a couple of property owners who operated a Christmas tree farm on some of the condemned land. They argued the construction altered the soil composition and growing conditions, making it impossible, going forward, to grow the “highly coveted Fraser fir tree.” Also, the construction forced the owners to prematurely harvest their Christmas trees, which resulted in a substantial loss.

The correct measure of damages was the difference between the property’s fair market value immediately before and after the taking, plus any incidental damages to the remaining property. Further, the court declined to exclude, as a matter of law, evidence of lost profits.

However, the court found the loss analysis the landowners’ BV expert offered was fatally flawed. Assuming no trees would ever grow on the property again, she valued the business under the asset, market, and income approaches. The first two analyses resulted in a loss to the landowners of $167,000 and $157,000, respectively. The income approach, which the expert said best captured the loss, increased the amount to $888,000.

Using the build-up method to determine the capitalization rate, the expert relied on Duff & Phelps (D&P) figures for her risk-free rate of return and equity risk premium. But she rejected D&P’s 5.9% small stock risk premium, using a 1% rate instead. The court noted the effect on the loss calculation was dramatic, where using a 5.9% rate would have reduced the expert’s proposed $888,000 loss to about $339,000, leaving all the other inputs the same. The expert failed to explain “why she used the ‘generally accepted’ Duff & Phelps numbers when they raised her valuation but ignored the guide’s suggested number when it lowered her valuation,” the court said. It also questioned other inputs. Even though experts in disciplines requiring the use of professional judgment are generally less likely to be excluded, they are not immune, the court cautioned. Professional judgment alone, without a demonstrated basis in facts or data, is insufficient to support opinion testimony,” the court said. It deemed the expert’s opinion inadmissible.

« Hiring Minors to Work at Your Business? Know the Rules
Spring cleaning? Know which records to keep »