If Adopted, Overtime Pay Rules May Expand to More Employees 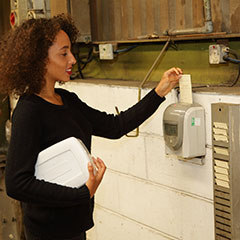 Under the Fair Labor Standards Act, salaried employees whose job duties are executive, administrative or professional (EAP) in nature and who earn at least $455 per week aren’t eligible for overtime — no matter how many hours they work.

Under proposed regulations that would go in effect in 2020, the amount an employee can earn each week before they become ineligible for overtime would increase from $455 to $655. That means any salaried employee in Maine earning around $35,308 or less per year would be eligible to earn overtime — even if they fall into EAP job roles as defined by the Department of Labor.

While this sounds like a substantial increase — and it is — it’s still less than the $913 per week that was proposed in an earlier version of the regulation updates. Had that version not been blocked by a federal judge, it would’ve been much more costly to employers in Maine.

There is an exception to these new regulations, and it concerns bonuses. An employer is permitted to pay only 90% of the salary threshold ($31,778) and avoid paying overtime if the employee is eligible for a “non-discretionary” bonus that would make their total yearly earnings more than $35,308 (so a bonus of $3,531 or more). This bonus or commission must be based on concrete goals and benchmarks — like profitability or productivity levels. If the bonus isn’t awarded or isn’t large enough to reach the $35,308 threshold, the employer can compensate the employee the difference in the next pay period.

Changes to who does and who doesn’t qualify for overtime pay could also significantly impact those with “highly compensated employee” (HCE) status. Currently, employees who earn more than $100,000 per year aren’t eligible for overtime, even if they don’t perform EAP job roles. But new regulations would raise this threshold to $147,414. So next year, a non-management employee earning $146,000 could still collect overtime if they work more than 40 hours a week.

At Filler Associates, we don’t often come across employers with staff members that earn this amount and don’t work in EAP roles. But it’s not unheard of. And it’s a good reason to at least take a look at of your higher paid employees’ job duties and ensure you don’t accidentally neglect the new regulation requirements next year.

While many changes may be coming to overtime pay, some things will remain the same. For example, when these regulation changes were proposed back in 2016, it called for compensation thresholds to automatically and regularly increase based on a cost of living index. The current version, however, doesn’t include this provision. Instead, it states that the Department of Labor would periodically update the threshold through an amendment process that would include public input.

What This Means for Maine Employers

So — assuming the regulations are finalized as proposed — what’s the bottom line for employers and small business owners here in Maine?

The Department of Labor estimates that the additional “average annualized employer costs” over the next decade will be $120.5 million. How much you contribute to this estimated cost depends a lot on what steps — if any — you take in softening the blow of these changes.

If you’re looking to avoid paying overtime, you could raise an employee’s salary above the $35,308 annual threshold (assuming they fall into the EAP job roles). You could also look into way to minimize the need for overtime work performed by previously exempt employees who would now qualify for overtime pay.

On top of all of this, there is currently a bill being proposed in the Maine State Legislature by Rep. Chad Griggon of Athens that would exempt overtime pay from Maine state income tax. Should that bill pass, combined with employers paying more overtime, it could impact things such as your payroll process.

Something to Think About

While it may be tempting to change your policies and practices to circumvent these proposed regulatory changes, and while it may save you a little money, be careful not to be “penny wise and pound foolish.”

If employees believe you’re avoiding paying overtime, you might risk them leaving. Maine’s unemployment rate, as of February, is at a very low 3.4%. This is creating a tight labor market, one that will likely get even tighter as summer approaches and the need for seasonal workers increases. If your actions cause employee turnover, replacing staff may actually cost you more in the long run.

What Can You Do?

It’s been almost 15 years since changes have been made to the minimum pay overtime eligibility threshold level. So even if these regulatory changes don’t take effect, it’s likely only a matter of time before some other ones do.

The Department of Labor is accepting comments on the revised regulations until early May, so you can make your voice heard. You can also contact us here at Filler Associates, and we can help you better understand these changing rules and how they may specifically impact your business.