Courts Are Alert to Valuations Unmoored From the Facts 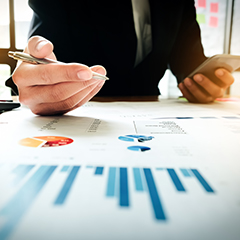 Perhaps experts feel pressure from the hiring attorney or the client, perhaps they are unable to access key documents or information, or perhaps they simply lack valuation and litigation experience. Whatever the reason, case law provides too many examples in which valuation and damages experts have proffered opinions that were plainly counterfactual and in which the court called them out on it. The lesson for experts is simple. Do not be an ostrich. Deal with the facts of the case (especially so-called “bad facts”) and keep your calculations real.

Two recent decisions illustrate the point. Cristofano v. Chahal is a buyout dispute in which the plaintiff’s expert augmented income by developing projections based on the plaintiff’s forecast, resulting in an estimate double that of the actual profit for that particular year. The expert’s projections also assumed ongoing income from a lucrative contract, even though it was known that the contract likely would end in 2018. The court found there were other ways in which the expert inflated income and by extension the value of the company. In contrast, the defense expert analysis relied on historical data and properly accounted for the facts of the case, the court said, adopting his value conclusion.

Zaffarkhan v. Domesek concerned a shareholder dispute involving a short-lived software startup whose one product, a medical software application, never got beyond the beta stage of development. The plaintiff, a founding member, rejected a buyout and sued the other founders, alleging various breaches. The plaintiff’s expert claimed the company’s “most likely” value was $6 million. A defendant shareholder described the company as “a very Mickey Mouse operation,” with “poor documentation, poor record keeping, poor legal counsel, and naïve team members.” The trial court awarded zero damages, noting the plaintiff’s expert had no experience valuing software companies, misapprehended basic facts, and developed multi million-dollar valuations for a company with no product, no revenue, and no investors. The appeals court affirmed.

« Balance Your Right to Monitor Communications with Employees’ Privacy Rights
If Adopted, Overtime Pay Rules May Expand to More Employees »