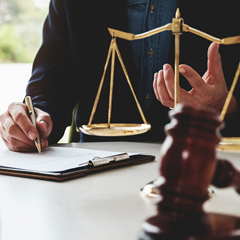 Given the unfavorable optics of a recent case, the Tax Court’s finding that the value of assets transferred from the decedent to a family limited partnership was includible in the value of the decedent’s gross estate is not surprising. What makes the decision noteworthy is that a majority of judges, on its own, came up with a novel theory of calculating the includible amount, ostensibly to prevent double inclusion. A group of judges, concurring in the result only, opposed the majority’s activist approach.

One day after doctors declared the decedent incapacitated, one of her sons acting as trustee, transferred cash and securities to a family limited partnership (FLP) in exchange for a 99% limited partner (LP) interest. That same day, under a power of attorney, the son then transferred the decedent’s 99% LP interest to a charitable lead annuity trust. The decedent died a week after the transactions. There were no business operations. The parties stipulated the transferred assets were worth $10 million.

In Tax Court, both sides filed summary judgment motions to resolve the dispute pretrial. The IRS presented a number of theories why the value of the transferred assets was includible in the gross estate. The Tax Court ultimately found section 2036(a)(2) of the Internal Revenue Code applied because the decedent, acting with her sons, had the ability to dissolve the partnership and designate the beneficiary of the transferred property or the income from it.

The court’s majority then launched into an extended discussion of how much value was includible. Concerned over “double inclusion,” the majority invoked section 2043(a) to limit the amount includible under section 2036(a). It held that section 2036(a), when applicable, would include in the decedent’s estate only the excess of the value of the transferred assets over the value of the partnership interest issued in return. Under this formula, it is not the full $10 million that would be brought back into the estate but only “the amount of any discounts (that is, the doughnut holes) allowed in valuing the partnership interest,” the court said. Here, the estate valued the decedent’s limited partner interest at $7.5 million based on a prior appraisal that applied a 25% discount for lack of marketability and lack of control.

Writing for those who only supported the result achieved in the case, one judge said he saw no “double inclusion” problem. In the past, the court took a “straightforward path,” which was to disregard a “transfer with a string” and simply include the value of the property before the transfer. This should have been done here. The majority’s new theory was unnecessary in that neither party had advocated for it. This was “a solution in search of a problem.”