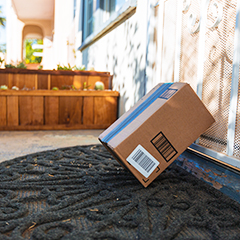 Amazon scored a win against the Internal Revenue Service in a transfer pricing case. The dispute was over the calculation of buy-in payments to compensate Amazon US for the transfer of a group of intangibles to the company’s European subsidiary and the cost-sharing payments related to ongoing development of intangibles. The Tax Court found the IRS used the wrong methodology and inflated the buy-in payments. The court also sided with Amazon on the cost-allocation issue.

In 2004, as part of a tax strategy, Amazon US set up a European subsidiary (ES) in Luxembourg to serve as a holding company for all of the European businesses. The aim was to have most of Amazon’s European business taxed at a low rate. In 2005 and 2006, Amazon US transferred to ES three types of intangible assets: (1) website-related technology; (2) marketing intangibles; and (3) customer lists and related information. Under a cost-sharing agreement, ES made buy-in payments to Amazon US for the existing transferred intangibles. Moreover, ES would share in the costs related to subsequent technological innovation to the extent ES benefitted from it.

Amazon initially claimed the transferred assets reported a buy-in payment from ES of $245.5 million payable over seven years. The IRS countered the buy-in rate did not reflect an arm’s-length transaction and alleged Amazon US had made significant underpayments in 2005 and 2006. The IRS valued the transferred property at almost $3.5 billion. The case proceeded to the U.S. Tax Court.

The parties also disagreed over the size of the ongoing cost-sharing payments. This dispute primarily raised a tax accounting issue involving an important high-level cost center (“technology and content,” or T&C). Although the IRS accepted Amazon’s multistep allocation system, it argued that 100% of the costs related to the T&C were ongoing intangible development costs (IDC). The court resolved this issue by adopting Amazon’s formula as adjusted by the IRS’s expert.

The dominating concern was the calculation of the buy-in payments. The applicable standard required determining the income the taxpayer would have earned if it had dealt with an unrelated third party at arm’s length. The parties’ preliminary disagreement was over the correct methodology. In essence, the IRS viewed the assets as integrated components of an ongoing business and performed a discounted cash flow analysis based on the expected cash flows from the European business.

Amazon, in contrast, argued the assets were short-lived and under controlling case law had to be valued separately by using the comparable uncontrolled transaction (CUT) method. The court sided with Amazon. It found the IRS’s DCF approach conflicted with the 2009 Veritas Software Corp. v. Commissioner case that interpreted and applied the cost-sharing regulations. The IRS improperly treated the intangibles as if they had an indeterminate useful life when in reality their usefulness was limited. By doing so, the IRS included in the buy-in payments the compensation for intangible property that was subsequently developed and that was captured in the entities’ cost-sharing agreement. Further, the IRS treated the transfer of the assets “as economically equivalent to the sale of an entire business.” The IRS’s calculation was based on an enterprise valuation that included assets that were not transferred under the cost-sharing agreement and that did not qualify as compensable intangibles as defined by the applicable regulations, the Tax Court said.

The IRS’s fallback argument was that, even assuming the CUT method was the best method to value the three groups of assets separately, the court should adopt the IRS’s substantially higher royalty rate determinations. After an in-depth assessment of the analysis underlying the valuation of each asset, the court allowed for some upward adjustments to the values Amazon’s experts proposed.

In terms of calculating the value of Amazon’s website technology to the European subsidiary, both sides’ experts considered a number of agreements Amazon had made around the relevant period with third-party merchants under its M.com business. Amazon’s valuation expert concluded the ES’s buy-in payment for web technology ranged between $117 million and $182 million. The IRS’s valuation expert arrived at a lump-sum present value of $3.3 billion for the buy-in payment.

The most consequential area of disagreement was the determination of the useful life of the web technology. Amazon’s trial expert said it was six years based on extensive analysis from Amazon’s technical experts that detailed the major technical improvements the website would require in the years immediately following 2005. Weak areas included messaging technology, scaling issues, and shopping cart database outages.

The court was persuaded that the website architecture as it existed in early 2005 would not meet Amazon’s long-term needs. It noted the technology was undergoing rapid change as of January 2005. The evidence showed that the technology did not have an “indefinite” useful life, as the IRS claimed, the court said. However, some elements survived longer than Amazon’s valuation expert had suggested. According to the court, the average useful life was seven years.

The court also found it was appropriate to account for the decline in value, as Amazon’s expert had done. An uncontrolled taxpayer in the position of the European subsidiary would insist that its royalty payments were ramped down to reflect a degree of decay in value, the court said.

To value the marketing intangibles, both parties’ valuation experts used ktMINE to find comparable license agreements. Besides arguing over the comparability of the opposing expert’s chosen licensing agreements, the experts disagreed on whether a downward volume adjustment to the royalty rate was reasonable to account for higher sales volume, as Amazon’s expert proposed. The court rejected the suggestion, noting that flat royalty rates were the norm for “agreements of this type.” Also, the court found the marketing intangibles had a greater useful life than the web technology. However, their usefulness was still limited. The court agreed with Amazon’s proposition that marketing intangibles such as trademarks are the result of investments in the past; their value will diminish and be replaced by value resulting from new investments. The court pointed out that, while the IRS’s expert assumed a perpetual life for the Amazon “brand,” this expert also admitted that he would not have advised the European subsidiary to pay indefinite royalties for marketing intangibles.

Finally, the buy-in payments also included the value of information from Amazon US to ES about European customers. For their CUT analysis, both parties’ experts looked to agreements Amazon had made with third parties (so-called associates and syndicated stores) in order to drive web traffic to Amazon. Amazon paid referral fees and commissions, expecting that most referrals would convert to Amazon customers, that is, buy directly from Amazon. The court adopted as the payment the amount the IRS’s expert determined by adjusting the calculation Amazon’s expert had performed in two respects: (1) using average spending levels; and (2) using a 10-year cutoff for payment of referral fees.