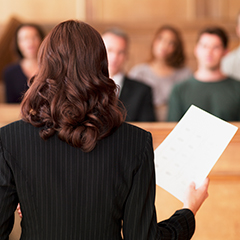 Three months after ruling the ESOP trustee was liable for causing the plan to overpay, the court had a chance to revisit its decision in the context of the trustee’s motion for reconsideration. While the court admitted to some valuation-related errors, it concluded those were nonconsequential. The most recent opinion does, however, suggest that a stronger trial presentation on the trustee’s part might have made a difference.

In late 2013, the owners of a private security company sold their company stock by way of an unusual ESOP that allowed them to buy back equity in the company and keep control of it. The independent trustee and valuator had extensive ESOP experience. The transaction has come under investigation by the Department of Labor. Two individuals filed their own suits. Only one of those suits survived.

Beta error: In its March 2017 opinion, the court agreed with the plaintiff that the trustee had engaged in a prohibited transaction by causing the plan to pay more than fair market value for the stock. Had the trustee performed a more thorough review of the financial advisor’s valuation, it would have questioned parts of the analysis and the value conclusion. The trustee should have picked up on red flags related to the reliability of management projections and the valuator’s risk assessment, reflected in the 0.7 beta, as well as the use of a control premium in its guideline public-company analysis, the court said.

In its post-trial motion, the trustee assigned errors to the court’s liability and damages findings. One error centered on the concept of beta, which the court initially took to mean a method “to assess the risk of [the company] relative to that of the industry overall.” The trustee pointed out that three valuation experts at trial had explained beta measured the risk of a particular industry relative to the risk of the market as a whole.

The court conceded error. At the same time, it noted its own understanding of beta was based on testimony by one of the trustee’s key people, the person “most intimately involved” in the ESOP. He had said beta was “a measure of a company’s volatility compared to the market.” That this witness had not known any better “reinforces the Court’s conclusion on liability, rather than undermining it,” the court said. The trustee was equally unsuccessful in challenging the court’s damages calculation. The trustee belatedly tried to introduce a new theory on damages that would result in a methodological dispute that should have played out at trial, “rather than afterwards,” the court said. To explore this dispute at this late stage in the litigation would require the court to reopen the fact-finding process, which it declined to do. Stay tuned.