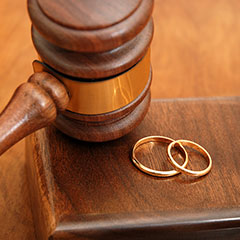 A Michigan divorce case that centered on the non-owner spouse’s right to the appreciation in value of allegedly separate property is informative as it shows what factors the court considers for its active/passive analysis. However, the size of the award to the non-owner spouse also suggests that the court, in the end, abandoned its analysis.

The husband owned minority interests in two companies that he claimed were separate assets. He had a full-time position at one of the companies and also put in work at the second company. During the marriage, the wife was in charge of the household and the couple’s children. While the divorce proceedings unfolded, both companies were sold. The husband received profits based on his ownership interests.

The trial court analyzed the ownership situation for the two assets differently.

Company A. The husband held a 25% interest in one company. This was a gift from his mother during the marriage. A partnership agreement required him to devote sufficient time and attention to the business to ensure its successful operation.

The trial court found the husband’s interest initially was separate property, but the change in the asset’s value since the acquisition made it marital property. The increase in value was “not passive,” the trial court found. The husband performed according to the partnership agreement, and his contribution to the company “was facilitated” by the wife’s work, which “free[d]” the husband “from his attention to those details of everyday life of a family.” Also, the partnership agreement required the husband to provide personal funds as needed to keep the company going. This funding, the court said, would have come from the marital estate.

Company B. The husband also owned a minority interest in a second company, in which he was a full-time employee. He claimed the stock he received over time from his father also was a gift and therefore was separate property.

The trial court found the stock transfers actually represented compensation and, therefore, were marital property. The husband’s salary had remained stagnant for a long time while his shareholder interest had increased. Further, he received sizable quarterly distributions as a part owner. And he treated the interest as marital property. The trial court again awarded the wife half of the profits the husband made in the sale of the company.

The husband challenged the findings. The Court of Appeals agreed with the trial court that any appreciation in value in Company A was active and was marital property. At the same time, it upheld the trial court’s awarding the wife more than a portion of the appreciated value. It did not address the discrepancy in outcome.