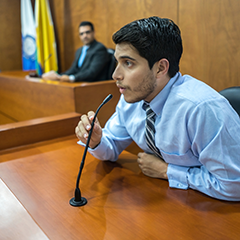 Several decisions in the Delaware Court of Chancery have focused on the use of the business judgment rule to defeat breach of fiduciary duty claims. Under the rule, the court does not second-guess a deal where a majority of disinterested, informed shareholders approved the transaction. In the most case, the plaintiffs argued the vote was uninformed because of disclosure violations regarding the financial advisor’s fairness opinion, but they failed to persuade the court.

The plaintiffs sued in connection with the 2015 sale of a healthcare software developer to IBM. Goldman Sachs (Goldman) was the financial advisor for the transaction. Goldman performed a discounted cash flow analysis and prepared a fairness opinion that pronounced IBM’s offer “fair from a financial point of view.” Because Goldman worked on a contingency-fee basis, it stood to earn $13 million if the merger went through. A majority of the disinterested shareholders approved the transaction.

The plaintiffs filed a complaint contending the board was conflicted and its members acted in bad faith by disseminating “materially misleading and incomplete information” to the stockholders and providing a proxy that omitted material information. The defendants filed a motion to dismiss, arguing the business judgment rule applied. Since a majority of disinterested shareholders approved the merger, the stockholder vote would have a “cleansing effect” on the transaction to the extent there were conflict-of-interest issues.

To show the vote in favor of the merger was uninformed, the plaintiffs alleged the proxy: (1) did not accurately disclose how Goldman’s DCF analysis treated stock-based compensation; and (2) inadequately described the present value of the company’s net operating losses. All of this information was material to providing shareholders with a “fair” summary of Goldman’s work, the plaintiffs claimed.

The court noted the proxy gave many details about Goldman’s work, including projections for revenue, gross profit, EBITDA, EBIT, net income, earnings per share, and UFCF. Combined, this information provided a fair summary of Goldman’s work. Because the vote was fully informed, the business judgment rule applied. The court dismissed the complaint.

« Employers: Consider Telemedicine and Make Sure Employees Use It
Tax Reform: Which Changes Are Temporary vs. Permanent? »