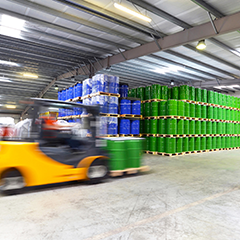 In appealing a multimillion-dollar lost profits award, the defendants contended the expert failed to show causation, used an unjustifiably long loss period, and relied on scanty historical data to calculate damages. Although aware of weaknesses in the testimony, the appeals court considered the opinion admissible under Daubert as well as sufficiently strong to support the jury’s verdict.

In 2007, the plaintiff, the maker of specialty containers used for petroleum products, redesigned the containers to fit the needs of a longtime customer. It contracted with the defendants to supply the requisite material. For six months, the client bought the new containers, worth about $1.5 million. But, when the containers kept malfunctioning, the client cancelled its next-month order and stopped buying from the plaintiff altogether.

The plaintiff’s anticipated sales to 37 refineries also came to nothing.

In 2012, the plaintiff sued, alleging various breaches and negligence. Its expert presented two damages models, for the refineries and the longtime client, which the defendants unsuccessfully challenged in a Daubert motion in 2014. A jury awarded the plaintiff over $7.2 million.

The defendants appealed the outcome with the 1st Circuit Court of Appeals. They claimed the expert testimony failed the Daubert reliability requirement and, therefore, should never have been admitted.

Specifically, the expert failed to show the defendants’ conduct caused the claimed losses. He failed to explore alternative reasons for why the containers failed. In addition, instead of doing a market survey to find out which refineries in fact would have bought the containers, he simply assumed all 37 would have done so based on the plaintiff’s statements.

The 1st Circuit observed a market survey was only one of various ways for an expert to gather facts; the expert relied on a different set of facts, and the latter were sufficient to meet the minimum standard of relevance and reliance. Further, there was sufficient causation evidence to support the expert’s testimony. In addition, the expert “adequately” accounted for alternative explanations. He was able to show that the competitive market had not changed and that, when the containers failed for reasons unconnected to the defendants’ product, they caused minor incidents.

For both of his damages models, the expert assumed a 10-year loss period (2008 to 2018) based on company statements that it would take five years to be rid of the taint of the incidents and five years to bring sales up to where they would have been but for the defendants’ actions.

The Court of Appeals emphasized the expert was not in effect forecasting market conditions for a full 10 years but only for four years, since the incidents happened in 2008 and the Daubert hearing was in 2014. Looking back, it was clear that the intervening six years bore out certain expert assumptions, the court noted. The 10-year loss period was reasonable.

For the refinery damages model, the expert assumed that one in 10 refineries that were not yet clients of the plaintiff would become clients. Although on cross-examination the expert admitted there was no “empirical data” to back this rate up, he claimed the percentage was “reasonable” because the number of units he estimated would be sold in Year 10 was comparable to the number of units the plaintiff had sold to the longtime customer before the product defects ended the relationship.

The defendants criticized this approach as “circular reasoning,” but the Court of Appeals considered it a proper methodology—one that “compar[ed] the unknown to an analogous known experience.”

As for the damages model quantifying the loss of the longtime customer, the defendants objected that it projected losses 10 years into the future based on the six-month sales immediately preceding the container incidents. The damages did not account for future contingencies, the defendants explained.

The appeals court said there was enough evidence to assume the quantity of sales would at least remain steady. “Additional data would have been helpful,” the court acknowledged. But the defendants had an opportunity to make that argument to the jury, and it had no traction with jury members.

The trial court did not abuse its discretion in admitting the expert’s lost profits testimony, the 1st Circuit concluded, upholding the award.