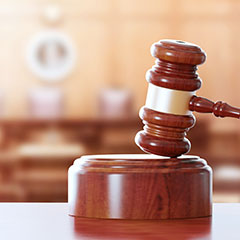 You may remember the Wisniewski v. Walsh case, in which the court used the marketability discount to punish bad behavior. A trial court decision in a forced buyout follows the same approach. The oppressor had created an “extraordinary circumstance which requires this court to apply a marketability discount” in order to achieve a “fair and equitable” outcome, the court said.

Two brothers, Richard and Steven, formed two separate companies, Plant Interior Plantscapes (PIP) and Parker Wholesale Florists (PWF), in which each brother had a 50% interest. The companies did business from the same location and shared overhead but were otherwise independent enterprises. Decades later, each brother filed suit, claiming he qualified as an oppressed shareholder. As the court put it: “Both litigants seek to have the court remedy every injustice they perceive has befallen them over the last 25 years at the hand of the other. This, of course, cannot be done.”

The court found Steven had engaged in shareholder oppression by allowing PWF to incur huge losses over 20 years and by “continually” withdrawing funds from PIP to cover the losses, without obtaining Richard’s consent. It ordered Steven to sell his 50% interest in PIP to Richard.

Conduct unbecoming: Under New Jersey law, courts tasked with determining fair value in a forced buyout have “substantial” discretion to adjust the purchase price to reflect a marketability discount. The resulting value must be “fair and equitable.” The state Supreme Court has held that in “extraordinary circumstances” a DLOM may be appropriate to ensure the shareholder instigating the problems does not receive a windfall as a result of his or her conduct.

In the instant case, the court found that Steven’s wrongful conduct created an extraordinary situation. To calculate the price of Steven’s interest in PIP, both sides’ experts relied primarily on a discounted cash flow analysis and looked to IRS Revenue Ruling 59-60. Richard’s expert used a 25% DLOM and a 15% minority discount, saying he believed Richard to be the oppressed shareholder and discounts “needed to be applied.” The court found this was a legal conclusion the expert was not qualified to make.

However, the court generally accepted the expert’s analysis, including the application of a 25% DLOM. Steven’s actions “were the cause of the lawsuit,” the court said. At the same time, the court noted that, while exceptional circumstances, in this case, justified a DLOM, they did not “automatically” entitle Richard to a minority discount. The court rejected the DCF model Steven’s expert proposed, finding the expert’s projections were problematic. Moreover, the court required Steven to account for any proceeds from the liquidation of his company, PWF.

« When Is Service Business Income Eligible for the New QBI Deduction?
No ‘Circular Reasoning’ in Expert’s Lost Profits Calculation »