Judicial Appraisal Lacks Valuation Evidence and Gets Dinged on Appeal 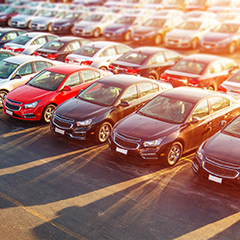 Although both sides in a Florida judicial appraisal action offered expert opinions on the value of a car dealership, the trial court used a valuation whose author and methodology were unknown. In rejecting the lower court’s finding, the appeals court provides a review of the principles applicable in that state’s statutory fair value proceedings.

When the husband and wife divorced, the trial court awarded the wife half of the husband’s 50% ownership in a car dealership. The husband’s father owned the other 50%. To remove the wife as a shareholder, the husband and his father orchestrated a squeeze-out merger, offering $420 per share. In response, the wife claimed the per-share value was about $5,100, which made her interest in the company worth $1.9 million. This valuation was based on an undisclosed accountant’s opinion.

Both sides asked the court for judicial appraisal. At trial, the wife presented testimony from an accredited business valuator who performed two different valuations based on different assumptions related to certain contested shareholder loans. One valuation yielded a fair value of the wife’s share of $889,000; the other valuation put the worth of her share at $1.03 million. The company’s expert was a CPA with extensive experience valuing auto dealerships. He concluded the value of the corporation was about $1 million. The company also allowed that the trial court had discretion to reject the proffered expert opinions and perform its own valuation.

The Court of Appeal said the trial court’s valuation was not based on competent, substantial evidence. A fair value determination must use “customary and current valuation concepts and techniques generally employed for similar businesses in the context of the transaction requiring appraisal, excluding any appreciation or depreciation in anticipation of the corporate action,” the reviewing court noted.

The trial court has considerable discretion in its value determination. However, if its finding is not based on competent, substantial evidence, it is considered an abuse of discretion. The Court of Appeal pointed out that when a trial court rejects all expert testimony it has less evidence available to support its independent valuation.

In this case, it was unclear what the basis for the court’s $1.9 million valuation was. Therefore, the Court of Appeal remanded, requiring that the trial court adopt a valuation based on competent, substantial evidence or appoint an independent appraiser to value the wife’s shares.