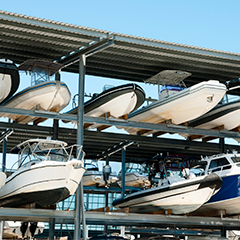 When appraisers deal with the issue of appreciation of nonmarital property, they often think in terms of “active versus passive.” A Florida divorce case shows that the rigid adoption of this framework may result in an erroneous valuation.

Cannot pick and choose: The parties fought over the valuation of the marital portion of the husband’s separate minority interest in a boat dealership. The company also owned real property whose value had dropped considerably during the relevant time.

In defining “marital assets,” Florida law includes the appreciation in value of nonmarital assets resulting from the efforts of either party during the marriage. Here, the trial court first had to determine the total appreciation in the company’s value during the marriage and then specify the percentage of appreciation that was attributable to the husband’s “marital labor.” The trial court accepted the valuation the wife’s expert proposed, which was about $1 million higher than the value determination of the husband’s expert. The court also largely adopted the expert’s calculation of the marital labor. In valuing the company, the wife’s expert “refused to include” the value of the real estate, believing that any change in value was passive in nature—that is, the result of market forces rather than the husband’s management efforts.

The appeals court agreed with the husband that it was legal error to exclude the value of the real property from the company’s valuation. Florida law requires that the valuation of a company include all of the company’s assets and liabilities, the appeals court explained. “In other words, the sum of all parts, not a select few, is what encompasses a business’s ‘value.’” Further, it is improper to exclude the appreciation or depreciation of certain company assets as “passive” when one party’s marital labor contributed to the change in value of the company as a whole. Even if some of the change in value of some of the company’s assets was passive in nature, the overall appreciation here was the result of the husband’s marital labor, the appeals court noted. Therefore, “the portion of the overall appreciation resulting from the marital labor was subject to equitable distribution.”

The concept of active or passive appreciation might come into play if the husband, not the company, owned the real estate, the appeals court allowed. Then, the passive appreciation or depreciation might be excluded from the term “marital assets.” But here the focus was on valuing the company, which the husband’s marital labor “indubitably” increased. “Because of that marital labor, the law relating to purely passive increases in the value of nonmarital assets simply does not apply.”

The appeals court also found other valuation errors related to double dipping and the treatment of undistributed pass-through income in the determination of alimony, remanded for a recalculation, and reworking of the equitable distribution scheme.