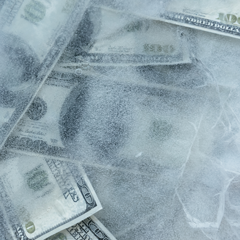 A damages case involving significant amounts of money began to unravel when the trial court excluded the plaintiff’s expert, saying the damages opinion failed the causation requirement. The plaintiff’s subsequent effort to prove its claim through lay witness testimony also came to nothing. On remand, the trial court found the testifying CEO “lack[ed] the most basic qualifications to support [the plaintiff’s] non-patent damages” and ruled in favor of the defendants.

The case involved TRA Inc., which was a media research company that had a patented analytics technology. TRA looked to outside investor money to grow. It raised $5 million in 2007, $13 million in 2009, and $18 million in 2010. A financial advisor issued a valuation in connection with the 2010 financing round that said the company was worth $54 million. In 2012, TiVo bought TRA for $20 million.

The defendants, doing business as Kantar Media Audiences, at one point had considered a merger with TRA but ended up acquiring a competitor, TNS Media Research. Kantar released its own analytics tool during a time when TRA was pursuing a fourth round of financing. In 2011, TRA notified Kantar that the latter’s product was infringing TRA’s patents. Kantar then asked the court for a declaration that there was no patent infringement. TRA in turn counterclaimed, alleging infringement, misappropriation of trade secrets, and breaches of contract and fiduciary duty.

TiVo/TRA’s nonpatent damages were based on a theory that Kantar’s release of a competing product and the lawsuit at a time when TRA pursued a fourth round of financing “froze the market.” These actions deterred potential investors from investing in a company embroiled in litigation and competing against a well-known company such as Kantar, the plaintiff argued.

The plaintiff’s damages expert proposed that, between 2010 and 2012, TRA lost between $21 million and $23 million in value owing to Kantar’s conduct. Although potential investors gave various reasons for not wanting to invest in TRA, the expert decided that, since the fourth financing round occurred after Kantar released its competing product, it was reasonable to assume Kantar’s conduct ultimately caused the plaintiff’s financial problems. The expert relied on statements from TRA’s and TiVo’s CEOs that Kantar’s actions created “confusion in the marketplace” and negatively affected “valuation conversations around the value of the company.”

The district court found the expert testimony was speculation and failed the requirements of Federal Rule of Evidence 702. In terms of causation, the expert merely pointed to the “temporal relationship” between the plaintiff’s financial difficulties and the defendants’ actions. She also did not account for the other reasons explaining the failed financing round. Besides the expert testimony, the court also excluded the “frozen market” theory.

The Federal Circuit affirmed the exclusion of the expert opinion but allowed TRA to pursue damages under the “frozen market” theory by way of lay witness testimony.

TRA submitted a supplemental calculation of damages that claimed, but for the defendant’s actions, TRA would have been worth about $110 million as of July 2012 and a jury could award damages in the range of $60 million to $196 million—the latter amount exceeded the expert’s calculation by tens of millions of dollars.

When forced to present a lay witness to support its damages claim, the plaintiff designated TiVo’s CEO. However, the CEO admitted he had not been involved in developing any of the valuations for any of TRA’s actual or proposed financing rounds and had no firsthand knowledge of the basis for the valuations, nor had he investigated the assumptions underlying the valuations. He conceded he had no personal knowledge why investors decided not to participate in the fourth round.

The court agreed with the defendant that there was no basis for nonpatent damages. It noted there are CEOs who have, or develop, personal knowledge of the effect of a competing product and who can estimate the monetary loss attributable to that product. The testifying CEO in this case did not. TRA’s “time to support [the frozen market] theory is up,” the court said and dismissed the damages claim.