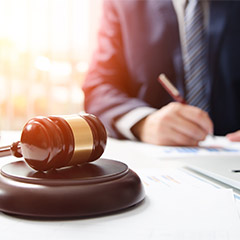 Close on the heels of the Brundle case, in which the court ruled the ESOP trustee was liable for a $28 million overpayment, comes a second decision finding trustee liability. In tandem, these cases drive home the point that an ESOP trustee is ultimately accountable for determining fair market value. Both courts get down to the practical details of valuation and identify similar deficiencies in the valuation analyses, making the decisions instructive for all valuation professionals.

The instant case concerned a New Jersey site preparation construction company that was primarily active in homebuilding. At the relevant time, most of its top customers were residential homebuilders. In April 2007, the ESOP bought 38% of company stock from the company’s majority shareholder for $16 million. The price was based on the seller’s initial offer. The ESOP was represented by a professional trustee, which worked with an experienced ESOP valuation firm. Eventually, the Department of Labor sued, claiming the trustee had breached various fiduciary duties and engaged in a prohibited transaction.

Expert ‘is not a shield’: After an exhaustive probe into the trustee’s and valuator’s actions, the court concluded the trustee’s failure to explore the “glaring errors” and “myriad of red flags” related to the ESOP valuation “led to a passive and blind adoption of the seller’s optimistic valuation.”

Just as in the Brundle case, the court here found the problem started with the projections. The trustee knew the cash flow projections were the driver of the value conclusions, and it knew the valuator was relying on information from the seller and the company without independently verifying the data, the court noted. Therefore, the onus was on the trustee to perform its own due diligence and, if necessary, recast the projections based on its findings. The trustee failed to do so.

A critical omission in the draft report was an industry analysis. Only the post-transaction valuation report included a discussion of the economy and acknowledged the state’s housing market “will not pull out of its slump in 2007.” Considering construction is a cyclical industry and given to volatility, questioning how the valuator accounted for that cyclicality was critical, the court noted. The trustee did not do so. What’s more, the trustee did not challenge the valuator’s using 2006, a record year for the company, as a baseline for its projections, thus forecasting peak performance into the future. At the same time, available data on residential building permits showed the housing market was on a downward trend toward the end of 2006, the court noted. Also, the company’s interim financials for January 2007 through March 2007 indicated a significant decrease in revenue, but neither the valuator nor the trustee gave proper consideration to them.

Another issue that came up in Brundle and in the instant case was the failure to account for the risk of customer concentration. Here, the company’s top customer announced in its 2006 annual report it was going to manage the business as if the industry was in a prolonged downturn. Neither the trustee nor the valuator read that report, and both seemed to assume a 19.25% discount rate would sufficiently account for the risk. Also, the trustee and the valuator blindly trusted company statements that it had in place a diversification strategy even though another major customer declared bankruptcy in fall 2006.

Reliance on experts “is not a shield,” the court noted in finding the trustee failed to “make an honest, objective effort” to review the valuation report and question any assumptions and methods that did not make sense.

Extra: The court’s opinion is 158 pages long. Readers who want to get a head start on their study of the decision can find it at: https://sub.bvresources.com/defaulttextonly.asp?f=downloads