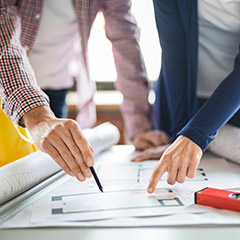 A New York statutory fair value decision involving a construction company highlighted key differences in the experts’ income-based valuations. The parties’ appraisers disagreed over the applicable earnings period, normalization for non-arm’s-length dealings between related companies, and the applicable tax rate. The court’s resolution provides insight into what arguments did and did not resonate with the fact-finder.

The dispute revolved around two related construction companies: Gould Erectors & Rigging Inc. (Gould) and Flach Crane & Rigging Co. Inc. (Flach Crane.) Gould, the subject of this round of litigation, was organized as a C corporation.

Under management by the petitioner and the respondent, both companies became very successful, at times generating $2 million and more per year. The parties were able to take generous compensation in the form of “bonuses” or similar arrangements. Neither company declared dividends.

In fall 2012, the partners’ relationship deteriorated. In April 2013, the petitioner, who was a minority shareholder in both companies, alleged oppressive conduct and petitioned for dissolution. Ultimately, the parties agreed to a buyout: The respondent would purchase the petitioner’s shares in the companies at fair value as of April 2013.

The stipulated value of the petitioner’s interest in Flach Crane was $842,000. The fair value determination of Gould went to trial. Both parties presented expert testimony.

Both experts relied primarily on an income approach (capitalization of earnings), but the respondent’s expert also performed a market-based analysis considering transactions of comparable publicly traded or privately held businesses. He assigned a 20% weighting to the outcome of that analysis. The court rejected it, saying there was not sufficient evidence the businesses were comparable.

In terms of the income approach, the court noted three major areas of contention between the experts.

One difference concerned the applicable income period. The petitioner’s expert relied solely on one year’s income, fiscal year 2012, during which the company showed a substantial increase in gross profits, whereas the respondent’s income determined the weighted average of four fiscal years.

The court said some weighting of the company’s income was appropriate because a willing buyer was more likely to consider a business’s performance over a few years. At the same time, the record showed that the company’s strong performance in FY 2012 was not an aberration but a continuation of growth that started in past years. Therefore, the court decided to rely on income from FY 2011 and FY 2012.

A second difference focused on the degree to which Gould’s income should be normalized to account for non-arm’s-length transactions between the two companies. The analyses focused on actual payments from Gould to Flach Crane for the use of Flach Crane’s services and equipment. The court credited the analysis of the respondent’s expert but considerably reduced the costs.

Finally, the experts also disagreed over the tax rate applicable to the company’s net income. The petitioner’s expert used a 25% combined tax rate whereas the respondent’s expert applied a 38.7% rate.

The court was skeptical about the petitioner expert’s argument that, even though Gould was organized as a C corp, the owners effectively operated it as a pass-through entity and were able to minimize taxes. According to the court, it was not assured that a willing buyer would be able to continue operating the company as a de facto S corp. Further, on the valuation date, the company was a C corp, not an S corp. The court adopted the 38.7% combined tax rate the respondent’s expert used.

The court, using the respondent expert’s analysis as a starting point and adjusting it based on its resolution of the key differences in the expert analyses, determined a fair value of $2.8 million. It also awarded prejudgment interest from April 2013, the valuation date, until the date of payment.