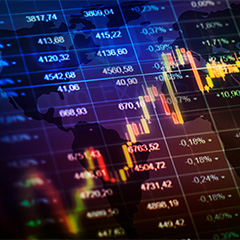 The adage is that the Delaware Court of Chancery has a bias toward the discounted cash flow analysis when determining fair value in statutory appraisal actions. Yet, in the past few years, the court repeatedly has adopted the deal price, finding the latter was a more accurate indicator of value than the estimates various post-transaction valuation analyses derived. It happened again when the court found the sales process provided the most “meaningful price discovery.”

The subject of the litigation was Lender Processing Service Inc. (LPS), a leader in mortgage processing. LPS once had been part of Fidelity National Financials (Fidelity), the acquirer in the disputed merger, but was then spun off. LPS did well during the financial crisis, but by 2010, it received negative publicity related to its loan practices. Just then, Fidelity, in concert with other entities, offered to reacquire LPS. Although the discussions went nowhere, by late 2012, the company was reaching out to financial and strategic buyers. It engaged Boston Consulting Group (BCG) to perform an exhaustive strategic review of the company.

Based on the BCG analysis, bankers from Goldman Sachs and Credit Suisse prepared various DCF models showing a range of values from $24.45 per share to $40.83 per share. The financial advisors recommended the company pursue a sale “at an attractive price.” Around the same time, the company was able to reach settlements with state and federal authorities related to investigations into its loan practices and as a consequence became attractive to other bidders.

Ultimately, the company and the Fidelity-led bidding group negotiated an initial merger agreement of $33.25 per share: 50% would be in cash and 50% in Fidelity stock. The stock component included a collar to protect against a decline of more than 5% in the value of the stock; the floor was $15.80 per share. Fidelity had the right to increase the cash portion. During the go-shop period, a serious third-party bidder emerged but later dropped its offer.

The merger with Fidelity closed on Jan. 2, 2014. A rise in Fidelity’s stock price in the time between the initial offer and the closing of the deal led to an increase in merger consideration. The aggregate merger consideration was $37.14 per share. There was some evidence that Fidelity and third party analysts expected there would be synergies flowing from the deal.

Two entities related to Merion Capital (Merion) objected to the merger and petitioned the Delaware Court of Chancery for a fair value determination. The suit followed a popular investment strategy known as “appraisal arbitrage.”

The company argued the sales process was sound and the deal price represented fair value. It claimed the final merger consideration set a ceiling for the company’s fair value.

The Chancery noted the company’s board took care to create competition among different types of bidders, “which is critical for promoting competition.” This deal, unlike the Dell management buyout, included not only financial sponsors, but also strategic buyers, the court noted. It concluded that, during the pre-signing phase, the company established a dynamic that “generated meaningful price discovery.”

Neither party analyzed the potential for valuation change during the seven months that elapsed between the signing and the closing of the merger, the court noted. Rather, the petitioner argued the gap was a reason not to rely on the deal price but to have the court develop its own valuation as of the closing date. The company responded that the absence of a topping bid validated the deal price. It also claimed that, since the company’s performance deteriorated during that time and Fidelity’s stock traded up, the final merger consideration to the company’s stockholders actually exceeded fair value.

The court decided to test the final merger price against the results from post-transaction DCF analyses. Both parties hired noted experts who used the DCF approach to value the company and who arrived at hugely different values. The petitioner’s expert concluded the company’s fair value was $50.46 per share; the company’s expert calculated a per-share value of $33.57. The court’s analysis selected from both experts’ inputs.

In terms of the discount rate, the experts disagreed on “virtually every input, except the appropriate tax rate, where both used 37%,” the court said. It also found that beta was behind most of the value difference between the experts’ numbers. Inserting the petitioner expert’s beta into the model the company’s expert proposed would result in a value of $51.18 per share, the court noted.

Adopting the inputs of the company’s expert, the court arrived at a 9.56% weighted average cost of capital (WACC). Combining the WACC rate with the court’s other inputs produced a value of $38.67 per share, the court found. The court considered this its best estimate of fair value under the DCF approach.

After surveying the most impactful Chancery decisions on valuation methodology in statutory appraisal cases, the court decided, in this case, it was best to rely entirely on the final merger consideration. Even though there were sound projections that enabled a “meaningful” DCF analysis, the DCF analysis depended too much on assumptions, the court said. “Small changes in the assumptions that drive the DCF analysis, however, generate a range of prices that starts below the merger price and extends far above it.”

Post-trial, the company argued the court should deduct a portion of the value of “combinatorial synergies” from the final deal price. The court rejected the argument, noting the company had litigated under a theory that the final merger price was the “maximum fair value” of the shares. Accordingly, $37.41 per share was the fair value.