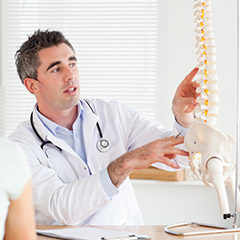 A New Jersey divorce case revolving around the valuation of a chiropractic practice is a good example of how a skilled valuation expert may produce a credible, if incomplete, appraisal when denied access to vital information by the opposing party. Here, even though the expert’s analysis did not address such fundamental issues as goodwill, the appeals court declared the testimony “reasonable and competent.”

The husband owned a successful chiropractic practice, which he had set up two years before the marriage, as well as a business spun off from the practice. Throughout litigation, the husband disobeyed discovery orders and failed to make financial documents available in a timely manner. Because of his contumacy, the trial court limited his participation to cross-examination.

The wife’s expert valued the practice based on limited data using the capitalization of earnings method. He determined that the business’s annual gross revenue was about $1.6 million. He added back expenses the business paid for, but which he did not consider legitimate business expenses. The expert’s reasonable compensation determination was based exclusively on survey data. The expert never received a breakdown of the time the husband actually spent working at the practice or the number of patients the husband saw. Details about the actual conduct of business might have changed the reasonable compensation calculation, the expert admitted. The expert determined his discount rate by balancing factors such as the practice’s strong referral base and the practice’s being well established with the fact that there was a problem with limited parking, which affected the number of patients who could be seen. The practice was worth $1.2 million, the expert concluded.

As a check, the expert also performed a market-based analysis using data from the Institute of Business Appraisers, BIZCOMPS, and Pratt’s Stats. This analysis produced a value of $983,000.

The expert acknowledged he was unable to develop the premarriage value of the business because he never received the tax returns covering that period. He also said missing financial data made it impossible to perform an excess earnings or “goodwill” analysis.

The trial court record was replete with instances in which the husband had failed to comply with discovery orders. The court adopted the wife’s expert’s $1.2 million valuation but only awarded the wife a one-third interest in the business: almost $403,000.

In appealing the valuation findings, he husband tried to exploit gaps in the valuation analysis and mischaracterized a number of the expert’s trial statements to argue the valuation was “not supported by credible evidence.” For example, the husband claimed the expert “admitted” that he “arbitrarily excluded certain expenses, which, if included, would have yielded a substantially lower value for the practice.” The record showed the husband’s characterization was “misleading,” the appeals court said. In fact, the expert specifically said the exclusion was not arbitrary, and he “thoroughly explained his reasoning and thus established a solid basis” for removing certain expenses.

Moreover, the husband alleged it was unprofessional for the expert not to consider information the husband had submitted the weekend before trial. The appeals court dismissed that argument as “wholly without merit.” The trial court forbade the husband to make late submissions, and it did not allow the expert to consider any late material.

« Go Green, Save Green: Tax Breaks for Saving Energy
Long-Term Growth: Why It’s So Important to Get It Right »