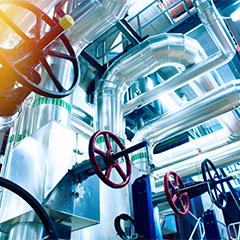 The Minnesota Supreme Court reviewed a tax court valuation involving a public utility company. The court’s opinion delves into bread-and-butter valuation issues such as how best to calculate cost of equity and how to determine external obsolescence.

Minnesota Energy Resources Corp. (MERC) owned a natural-gas pipeline distribution system that was subject to taxable personal property. MERC challenged the valuations by the Commissioner of Revenue with the state Tax Court, arguing its expert’s opinion showed the market value determinations were excessive. In contrast, the Commissioner relied on expert testimony to claim the actual market values were higher than those stated in the original assessment.

The Tax Court performed its own valuation, drawing on expert testimony and using a combination of the cost approach and income approach. It concluded that, for the years 2008 to 2011, the market value of the property was lower than the value the Commissioner initially proposed. On the other hand, for 2012, the Commissioner had undervalued the property by $13 million.

Both parties challenged the Tax Court’s value determinations with the state Supreme Court for review.

Most of MERC’s objections focused on the Tax Court’s cost-of-equity calculation. One argument was that the Tax Court’s rejection of a company-specific risk premium (CSRP) rendered the cost of equity unrealistically low.

At trial, MERC’s expert had argued it was appropriate to apply a CSRP to account for the increased risk of a utility business operating in a single state, Minnesota, distributing a single product, natural gas. However, the Tax Court sided with the Commissioner’s expert, who said the way to account for a property-specific, non-systemic risk was by adjusting the cash flow projections. The state Supreme Court found the Tax Court had discretion to decide which expert to believe.

On the other hand, the high court agreed with MERC that the Tax Court had failed to properly explain the beta factors it used, making a meaningful review of the Tax Court’s decision impossible. This was one of two reasons why the Supreme Court remanded the case to the Tax Court.

MERC also objected to the Tax Court’s rejection of the build-up method (BUM) as an alternative technique for determining the cost of equity.

Both experts used the capital asset pricing model (CAPM), but MERC’s expert performed another calculation based on BUM and averaged the cost of equity figures. At trial, the Commissioner’s expert criticized the use of BUM in this case, noting the method was only appropriate where there were “no comparables out there from which to derive betas.” This was not the situation with regard to MERC. The Tax Court credited the Commissioner’s expert and declined to incorporate BUM into its calculations.

The state Supreme Court found MERC failed to cite authority that mandated the use of BUM to value business property. Moreover, this was another instance where the Tax Court was in the best position to decide which expert was more credible, the Supreme Court said.

In terms of the cost approach, MERC claimed the Tax Court erred when it found MERC did not sufficiently prove the pipeline distribution system was externally obsolete and, as a consequence, rejected a downward adjustment of the value. MERC’s expert attempted to show there was external obsolescence by comparing MERC’s lower return on equity to nine other utility companies that had performed better than MERC.

The state Supreme Court found the Tax Court imposed an improperly high standard of proof on the MERC. The high court pointed to a treatise on the subject that had found “[d]irect comparison of similar properties with and without external obsolescence” to be “the most persuasive measurement of the effect of negative externalities.” This was the type of evidence MERC’s expert in fact had introduced. Therefore, the Tax Court had to revisit the evidence on external obsolescence under the correct legal standard.

The Supreme Court found no error in the Tax Court’s rejection of the market approach, as the Commissioner had claimed.