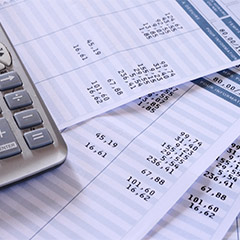 Escheatment could be costing your corporation substantial interest, fines or penalties.

The word means turning over to your state any abandoned, lost or unclaimed property, both tangible and intangible. This property is often transferred to the government because a person died without a will, legal heirs or claimants. Every state has adopted unclaimed property laws, which are all based on the Uniform Unclaimed Property Act of 1995. This act reinforces and clarifies the intentions of earlier acts where the state does not take legal title to the forfeited property but only acts as custodian and holds the property for the legal owners in perpetuity.

If your corporation is required to comply with the laws, it’s critical to go over your accounts on an annual basis to determine whether you are holding any abandoned property. This most often pertains to employee paychecks. The calculation of time that must pass before property is considered unclaimed or abandoned can vary.

However, the Uniform Unclaimed Property Act states that the contents of safe deposit boxes are considered abandoned five years after the last rental period expired.

The courts traditionally have upheld states’ rights to demand unclaimed property, and companies that haven’t complied with state escheat laws have been subject to large civil fines or even criminal charges.

Consult with Filler & Associates to make sure your business is complying with the law. Doing so will help avoid what could be major consequences.