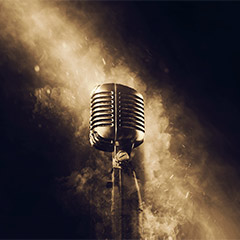 The trial involving the Michael Jackson estate has started in Tax Court in California. One of the issues in the case is the fair market value of Jackson’s posthumous right of publicity, which includes his name and image. The estate valued this at $2,105 because the pop star was mired in scandal at the time of his death. The IRS disagrees and puts the value at $434 million.

In a pretrial motion, the estate asked the court to exclude the valuation report by intellectual property expert Weston Anson (CONSOR) for several reasons. One is that Anson included values for “extremely speculative” ventures such as a Michael Jackson theme park. But the biggest objection is that the report values a combination (mash-up) of different rights, which the estate says violates a requirement that every item of property be valued separately.

U.S. Tax Court Judge Mark Holmes ruled that Anson’s report should not be excluded. “This is an especially interesting legal question,” writes Holmes in his order. “In a world without transaction costs, it wouldn’t matter if publishing rights, performance royalties, trademarks, etc. were valued separately because a rational buyer would value them as if they could be put together in the most profitable way even if they were bought separately. But it is entirely possible that trial will show that these separate rights would be more valuable if used together. If so, and if the Estate owned these separate rights, it might well be the case that they are worth more together than they would be if summed separately.”

Stay tuned for more on this case!