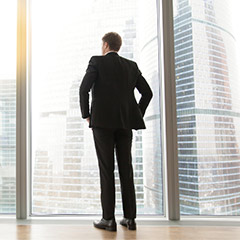 A recent ruling by the U.S. District court recently stated that a company president was a “responsible person” who was liable for the trust fund recovery penalty. The court found that the president’s failure to pay over employment taxes was willful despite the fact there was a security agreement with a lender requiring the lender’s approval before any payments could be made. The court also wasn’t convinced that the company’s co-owner had more control over the company’s finances than the president did.

Under Internal Revenue Code Section 6672, if an employer fails to pay its employment tax liability to the IRS, the tax agency can impose the trust fund recovery penalty against any person who:

Facts of the Case

A construction contracting company had two co-owners during the four-year period in question. The president managed the company’s field operations and was responsible for the hiring and firing of employees. The co-owner served as the company’s bookkeeper and she managed the finances and office staff. However, when the co-owner wasn’t available, the president had signing authority on the business checking account and would sign payroll and vendor checks prepared by her.

To pay federal payroll tax obligations, the company withheld money from its employee paychecks. But instead of sending the money to the IRS, the funds were diverted to pay creditors, operating expenses and the personal obligations of the co-owners.

The company entered into an agreement with a bank for a line of credit. In exchange, the company provided a security interest in its assets, including its accounts receivable. The company also entered into a commercial security agreement with the bank. Under the deal, the company agreed it would not assign, convey, lease, sell or transfer any of the collateral (for example, physical assets, accounts receivable or cash on hand) without the bank’s prior written consent.

Although the president became aware of the company’s failure to remit withheld payroll taxes to the IRS, he never asked the company to rectify the tax delinquencies with the IRS.

The IRS assessed nearly $1 million in tax penalties against the president, personally, for non-payment of the employment taxes. He challenged the assessment.

With respect to the company’s failure to remit delinquent employment taxes during the period at issue, the district court ruled that the president was a responsible person.

The court found, in addition, that the president acted willfully in failing to use company funds to pay unpaid payroll taxes. It was undisputed that the president had not even asked the bank for permission to use some of the company’s line of credit to pay the delinquent taxes that both he and the bank knew existed. (Davis, DC CO, 121 AFTR 2d 2018-508)