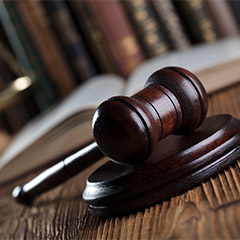 Double dip, like goodwill, is a challenging issue for valuators because different jurisdictions handle the subject differently, which makes it hard to keep up with the various approaches. A Washington state decision explains that jurisdiction’s case law and lays down the key principle that informs the double-dip analysis.

The dispute centered on a management consulting and distance-learning business the husband had set up and grown during the marriage.

It awarded the company to the husband and awarded half of the value to the wife. In addition, the trial court ordered him to pay the wife limited but substantial monthly maintenance.

When the husband objected that giving the wife maintenance payments and half of the value of the company represented double recovery, the trial court rejected the argument as a matter of law.

The husband appealed. The state Court of Appeals noted that, under the applicable maintenance statute, trial courts had to consider “all relevant factors including but not limited to” six factors listed in the statute. The law’s overriding concern is that the award be “just.” Relatedly, “when maintenance and property awards are paid from the same asset in a manner that unfairly burdens the payer spouse, the maintenance award duplicates the property division of that asset.”

The seminal case on double dip is In re Marriage of Barnett, 818 P.2d 1382 (1991), which centered on a scrap metal business. The trial court awarded the wife a lien on the business as well as a monthly maintenance award. The state Court of Appeals found the trial court wrongly had distributed the same asset twice to the wife.

The key fact in the Barnett case was that there was no ongoing business, the appeals court in the instant case noted. The assumption was that, after the husband had sold the remaining scrap, the business stopped operating. He had no other source of income. Once the property was divided, the husband could not pay the maintenance without eroding the portion of the asset left to him, the Court of Appeals explained.

By contrast, in the instant case, the business was not a fixed asset, but a going concern that would continue to grow. The record showed that it was likely to generate significant income for the husband into the foreseeable future. The husband, therefore, was not required to erode the company’s value to pay maintenance, the appeals court pointed out.