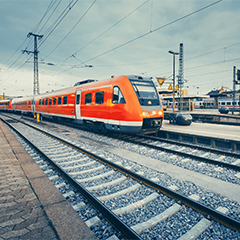 How deeply must a damages expert research a personal injury case to produce an admissible report? This was the overriding question in a Daubert case involving an injured railroad worker. The defendant argued the expert improperly relied on the attorney’s instruction to work off a single assumption and achieved an unreliable damages conclusion.

The plaintiff was working as a train engineer when he became involved in an industrial accident that caused him to suffer post-traumatic stress disorder. He became unable to return to work on the railroad despite his desire to do so. About a year and a half after the event, he started work as a truck driver and heavy equipment operator, at a reduced salary.

In its Daubert motion, the defendant argued the expert’s opinion was unreliable and should be excluded. While the methods the expert used to calculate damages were not objectionable, the defendant said the expert improperly ignored the “interim” nature of the plaintiff’s trucking job and deposition testimony in which the plaintiff expressed hope to return to railroad work. Moreover, instead of blindly relying on counsel’s information, the expert should have considered medical records regarding the plaintiff’s prospects for work and independently researched what other types of jobs were available to the plaintiff.

The court disagreed, finding the expert’s opinion was based “on more than unsupported guesses.” At the time the expert submitted his opinion; the plaintiff was working as a truck driver and did not have a job at the railroad. Nor did he have any clear prospects for one. Commenting on future earnings from a job the plaintiff did not have would be speculation on the expert’s part, the court noted.

Also, the court said, the expert properly acknowledged that he lacked the expertise to discuss the types of jobs available to the plaintiff.

The court also dismissed other objections to the testimony, saying those went toward the opinion’s weight, not its admissibility.