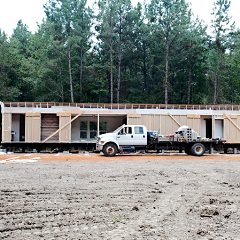 In a Washington state divorce case, the appeals court delved into “the notion of the impermissible ‘double dip’” and explained why the concept was not applicable to the facts of the case.

The dispute centered on the couple’s only income-generating asset, a company that sold manufactured homes. In 2007, the spouses bought the company for $1.2 million. When shortly after the purchase the housing market collapsed, the wife went to work outside the company. In 2014, the husband filed for divorce.

Only the husband offered expert testimony at trial. His CPA expert determined the company was worth $100,000. She said all of the value was business goodwill. Her calculation primarily was based on five years’ worth of tax returns (2009 through 2013) the husband provided. When cross-examined, the expert conceded her time frame coincided with the worst period in terms of home sales “since the Great Depression.” She allowed the 2014 figures indicated a considerable turnaround for the company. The trial court found the expert’s responses “support a valuation in the $200,000 range.”

Relying on the husband’s 2014 tax return, the court found his income that year was over $12,400 per month whereas the wife’s income was about $3,900. The court used these figures to award the wife long-term maintenance in the amount of $3,000 per month.

On appeal, the husband attacked the court’s distribution of assets and its spousal support order from different angles. He contended the trial court had erred when the court considered a $72,000 sum the husband had taken from the business to pay business taxes and debts as the husband’s separate asset. This was not disposable income for purposes of determining spousal support, he said.

He also argued that, by awarding him the value of the company and the $72,000 from the business, the trial court “effectively” and impermissibly awarded him the same asset twice.

The appeals noted the husband was trying to invoke the “impermissible ‘double dip.’” He cited a 1991 case that had found impermissible double counting where the trial court had awarded the wife a lien on the family salvage business as well as a monthly maintenance award. The husband in the case was selling off the existing scrap and had no plans to acquire more. The proceeds to the husband from the business were from liquidating its assets not from its operation.

The appeals court also pointed out the husband had cited no authority that said a trial court should not award business income used to pay taxes or debt related to the business as separate property to the same person it awarded the business itself.