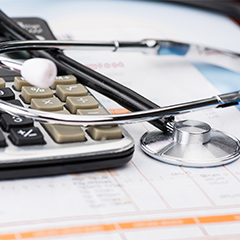 On January 22, a short-term government funding bill was signed into law by President Trump. It ended the brief government shutdown by funding the federal government through February 8. It also suspends the following Affordable Care Act (ACA) taxes, which were designed to help fund health care coverage provided under the ACA.

For tax years beginning after December 31, 2019 under prior law, a 40% excise tax was scheduled to apply to any “excess benefit” provided to any employee who’s covered under any “applicable employer-sponsored coverage.” Because it affects upper-end employer-sponsored insurance coverage, this tax is commonly known as the “Cadillac tax.” It’s paid by the coverage provider, which is typically the health insurance provider or the entity that administers the plan benefits.

The Cadillac tax was originally scheduled to apply for tax years beginning after 2017 but it has been delayed a number of times, most recently by the 2016 Consolidated Appropriations Act.

A 2.3%-of-sales-price excise tax was to be imposed on the sale of any taxable medical device by the device’s manufacturer, producer or importer, under prior law, for tax years beginning after December 31, 2017.

The medical device tax was originally scheduled to apply for sales after December 31, 2012. But it has been suspended, most recently by the 2015 Protecting Americans from Tax Hikes (PATH) Act.

The January 2018 government funding law further delays the medical device tax for an additional two years. It’s now scheduled to apply to sales after December 31, 2019. The delay is retroactive to the beginning of 2018.

U.S. health insurance providers generally were supposed to face an annual flat fee, effective for calendar years beginning after December 31, 2013. The fee is a fixed amount allocated among all providers based on their relative market share as determined by each entity’s net premiums written for the data year (the year immediately preceding the year in which the fee is paid).

What’s the Status of Other ACA Provisions?

Also, the employer mandate for providing health coverage has been retained. This “shared responsibility” mandate imposes a penalty on a “large employer” if it doesn’t offer “minimum essential” health insurance coverage or if one or more of its full-time employees obtains a premium tax credit to help purchase health coverage. The employer mandate applies to for-profit companies, not-for-profit organizations and government entities.

No new ACA-related taxes or penalties are scheduled to go into effect in 2018 thanks to the new government funding law. For more information on the status of the remaining ACA provisions, contact your employee benefits or tax advisor.