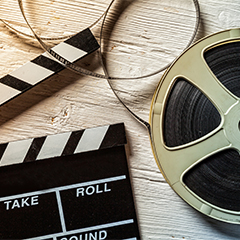 A bankruptcy-related suit in front of the California Court of Appeal turned on the issue of how to value an aged film that never made any money. The trial court dismissed the plaintiff expert’s approach as “illogical.” The appeals court agreed the method was ill-suited for valuing a piece of art but also rejected the trial court’s effort to sidestep the valuation conundrum.

Reliant Pictures had an ownership interest in West Texas New Mexico Films (WTNMF), which produced and wholly owned the contested film. The main funding came from third-party investors (individuals and a group). The film was never released and never generated any income. However, it caused over $470,000 in debt.

A jury decided the value of Reliant Pictures’ ownership interest in WTNMF, the film, and the corresponding copyright was $3 million.

The trial court said it “defies common sense” to value a film solely on the basis of how much it cost to make it. To sidestep the valuation issue, as a remedy, the court required the defendants to return the film and production company to the plaintiff “in such form and conditions as they existed in” May 2009, the transfer date.

The appeals court, in turn, found the trial court’s choice of remedy “unworkable and inequitable.” This solution would require the defendants to return the film to the condition it was in at the time of the transfer, before the investors modified it. Further, returning the film to its 2009 state would not give the plaintiff the value of the asset transferred “if only because the film’s timeliness has faded,” the appeals court observed.

However, the appeals court agreed with the trial court that the plaintiff expert’s “attempt to assess the film’s future income as a factor of its production costs was pure speculation.” The expert did not show how market data related to all independent films could reliably predict the value of a particular film, the appeals court noted. The market data approach was “particularly unsuitable” to valuing art such as a feature film.

« How Might the New Tax Reform Law Affect You?
Tax Cut Law: Mostly Good News for Employers and Employees »