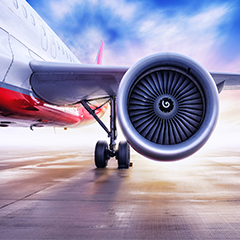 Expert independence was front and center as an issue in the Exelon tax case. Now comes, a reasonable compensation case in which the Tax Court zeroed in on the same point. The court rebuked an experienced compensation analyst for what it perceived to be his advocacy for the taxpayer, and it dismissed his testimony as unhelpful.

The case involved a family business that was a supplier and surplus dealer of aircraft engines and engine parts used in military vehicles. The founder of the company served as president and CEO. His four sons were the company’s only full-time employees and officers, doing whatever needed to get done to keep the business successful. None had special experience or skills. In 2005, the father transferred stock valued at the maximum allowed without incurring gift tax to the sons, allowing them to pay the remainder of the purchase price in installments.

In 2007, the father tried to sell the company. Marketing materials, which later found their way into the hands of the IRS, included a “Recast Financial Summary.” The accompanying explanation said: “Five Shareholder salaries recast to market rate of $50,000 annually each.”

The father, alone, determined compensation to the sons. He seemed guided by the aim to reduce taxable income for the company, achieve equal treatment of the sons, and facilitate share ownership.

During an audit by the Internal Revenue Service, a senior appraiser and valuation specialist prepared a reasonable compensation analysis for use in any forthcoming notices of deficiency. The analysis was not flawless. For example, he relied on a database for executive compensation, instead of one providing a broader salary base.

The IRS deficiency notices alleged the company had claimed excessive deductions for salaries or other compensation and had understated the value of its inventory in all the relevant tax years in order to reduce tax liability. The taxpayer challenged the assessments in the U.S. Tax Court.

And, even though he has recommended that analysts use various data sources, he relied on only one source in this case. He placed the sons in the 90th percentile of employees in claimed comparable positions even though the sons seemed unfamiliar with key aspects of the job for which they were responsible. The expert did not adjust for the fact that the father set the compensation based on his own criteria.

The IRS relied on a different compensation expert at trial than the specialist who had prepared the analysis underlying the deficiency notices. This expert generated a reasonable compensation figure that was lower than the one the IRS specialist achieved, raising the taxpayer’s liability.

The court discredited the taxpayer’s compensation expert, noting “[e]xpert opinions that disregard relevant facts affecting valuation or exaggerate value to incredible levels are rejected.” Usually, the problem with experts was not their qualification, but “their willingness to use their resumes and their skills to advocate the position of the party who employs them without regard to objective and relevant facts, which is contrary to their professional obligations,” the court said.

Here, instead of performing an independent analysis, the expert sought to “validate and confirm” the amounts the taxpayer reported in its tax returns. The resulting compensation determination was unreliable, the court decided.