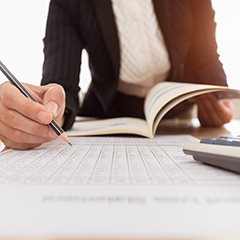 Shareholders protesting what they considered a rushed sale at a bargain basement price suffered defeat in the Delaware Court of Chancery when the court ruled strong shareholder approval of the proposed merger had taken care of any problematic conduct on the part of board members overseeing the transaction.

The target of the cash-out merger was a global chemical and technology company that was comprised of several distinct business groups. Before the transaction, it confronted two major problems. One was a failed acquisition strategy that cost the company $1.5 billion and produced dismal results. The other was a vocal activist investor that criticized the strategy the company was pursuing in a public letter and in a presentation to the Securities and Exchange Commission.

For years, strategic buyers made known their interest in buying segments of the company’s business. In the fall of 2014, the company retained BNP Paribas (Paribas) to explore value creation strategies. Paribas, at one point, noted the difficulties of maximizing value through a sale because few strategic buyers were interested in acquiring the whole company, considering the company’s diversity of assets limited the number of merger candidates. But a transaction with a financial buyer would limit the premium a sale could achieve given a lack of operational synergies.

Two bidders, Apollo and Platform, submitted a joint bid to acquire the entire company. The company’s board authorized management to pursue the bid and also asked Paribas to reach out to other potential buyers provided the bidders were financial buyers that would acquire the entire company. This directive seemed to conflict with the Paribas’ suggestion that a deal with a financial sponsor would not produce maximum value.

The board also hired Deutsche Bank (DB) to serve as a second financial advisor. In a January 2015 presentation, DB stated no strategic bidder wanted to buy the entire company. It also said the implied per-share price for the entire company was $36.80. In April 2015, Apollo/Platform offered to buy the company for $34 per share. A few days later, DB presented the board with a DCF analysis that valued the stock at $35.27 per share.

Around that time, the company also negotiated a settlement with the activist investor, without ever revealing that the company was actively selling itself.

The board approved the Apollo/Platform bid and both financial advisors submitted opinions that the transaction was fair to the shareholders. During the go-shop period, only one serious contender emerged that offered to acquire the company for between $35 and $36 per share. However, it was a foreign company and faced a legal obstacle to acquiring the subject. When it asked the board to postpone the stockholder vote on the Apollo merger to have time to resolve its legal problem, the board declined.

The Apollo/Platform deal closed at the end of October 2015. Most of the shares that voted at the stockholder meeting approved the merger. But a number of dissenting shareholders filed suit with the Delaware Court of Chancery. The defendants—mostly board members—filed a motion to dismiss the complaint.

The gist of the complaint was that the defendants breached their fiduciary duties. Specifically, the board sought to avoid an embarrassing public proxy fight and rushed to sell the company as one entity even though one of the financial advisors to the transaction had suggested that selling segments of the company to strategic investors would produce maximum value.

The Chancery said the paramount issue was by which standard of review the court should assess the directors’ decision-making. Since the disinterested stockholders in this case overwhelmingly approved the transaction, the business judgment rule, the most relaxed level of scrutiny, applied, the court decided. This meant the court would not second-guess the conduct of the board unless the transaction presented waste, which the plaintiffs did not allege.

The plaintiffs’ effort to get around the fact that there was robust stockholder approval by arguing the vote was not fully informed because the defendants failed to disclose material information did not resonate with the court. Overwhelming stockholder approval “cleansed any failure of the OM Board to act reasonably to seek the transaction offering the best value reasonably available,” the court said. It dismissed the case.