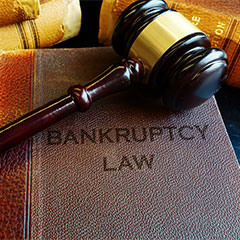 A bankruptcy proceeding makes clear that, if an expert hopes to support a client’s position, he or she has to know more than the mechanics of calculating losses. The analysis has to start with knowing what the applicable measure of damages is.

In the pre-2008 years, the defendant, the Royal Bank of Scotland (RBS), created risky derivative instruments that the plaintiff, Sherwood Investments, used to speculate on securities with great leverage. The plaintiff also had a subsidiary that operated a commercial orchid farm in Florida.

The parties’ relationship came to a crashing halt in September 2008 when the financial markets started to collapse. In October 2008, the plaintiff ceased all investment activities. Eventually, it filed for Chapter 11 bankruptcy.

The plaintiff later alleged RBS had breached its implied contract with the plaintiff and had made intentional and negligent misrepresentations to the plaintiff. The plaintiff sought lost profit damages of up to $209 million based on three expert opinions.

In the bankruptcy proceedings, RBS successfully argued that the plaintiff failed to prove damages. Therefore, the plaintiff’s claims were doomed. Specifically, the plaintiff’s experts limited their damages calculation to lost profits, when lost profits were not an available damages measure where the business was completely destroyed.

The bankruptcy court sided with the defendant. It found the experts should have calculated the market value of the business on the date of the loss. Because they used the wrong methodology, their testimony was unhelpful to the trier of fact and thus inadmissible under Daubert. Without damages testimony, the plaintiff had no viable claims.

The plaintiff challenged the Bankruptcy Court’s damages findings with the district court. It contended Sherwood was not completely destroyed in October 2008 because it continued to operate the orchid farm subsidiary, and it “hoped to restart its investment business after bankruptcy.”

These arguments had no traction with the district court, which noted all Sherwood had done in terms of the orchid farm was to guarantee a single farming loan. Moreover, Sherwood’s expressed “hopes and dreams for the future” were not enough to meet the legal requirement of an ongoing business.

The district court affirmed the Bankruptcy Court’s proposed ruling in favor of the defendant. The case ended in the summary judgment stage.