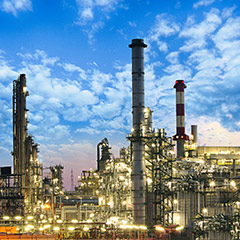 A Section 1031 case that Judge Laro adjudicated cautions experts about allowing the hiring attorney to assume control over the appraisal. In ruling for the government, the judge found the taxpayer’s legal counsel had “interfered with the integrity and the independence of the appraisal process” and rendered the appraisal “useless.”

The taxpayer, Exelon, wanted to minimize the tax consequences of a $1.6 billion gain resulting from the sale of two fossil fuel power plants in 1999. It decided to pursue a Section 1031 strategy; this provision of the Internal Revenue Code allows for the deferral of gain or loss where the relinquished property is exchanged “solely for property of like kind which is to be held either for productive use in a trade or business or for investment.”

The taxpayer used the untaxed proceeds from the sale to lease a number of like-kind replacement properties from third parties, in different states, for a term exceeding the plant’s useful life and then subleased them to the plants’ original owners. At the end of the subleases, the sub lessees had a cancellation/purchase option. While the taxpayer fully funded the head leases, almost three-quarters of the initial investment were returned to it in the form of a rent prepayment under the subleases within six months of the investment. Some of the remainder of the money was set aside to secure the payments of the stipulated loss value during the term of the subleases or secure the payments of the purchase option at the end of the subleases.

The taxpayer was based in Illinois and made agreements with two tax-exempt entities in Texas and Georgia. A Chicago-based law firm provided tax advice. A nationally known financial advisor prepared appraisals of the relinquished properties and the three replacement properties. Because of its work on the sold properties, the appraiser was aware of the gain the taxpayer wanted to defer.

The appraiser decided the DCF analysis provided the most reliable indicator of the current fair market value of the properties, but it used the cost approach to determine the FMV of the assets at the end of the leaseback term. This approach provided a lower FMV value. The appraiser concluded the FMV of all the replacement properties at the end of the leaseback term would be less than the cancellation or purchase-back option price. The replacement property owners would not be economically compelled to exercise the cancellation or purchase options at the end of the subleases. As a consequence, the transactions qualified as Section 1031 exchanges rather than improper tax shelters.

The Internal Revenue Service issued a notice of deficiency related to the taxpayer’s 1999 income tax return, which did not include the deferred Section 1031 gain. The IRS said the gain was taxable because the taxpayer “did not acquire and retain significant and genuine attributes of a traditional owner, including the benefits and burdens of ownership.” Moreover, the IRS disallowed various deductions the taxpayer had claimed in its 2001 tax return related to the transactions, and it imposed a 20% accuracy-related penalty for both tax returns.

The taxpayer petitioned the Tax Court for review. At trial, the most noteworthy valuation witness for the taxpayer was a highly regarded financial economics professor from the MIT Sloan School of Management. He agreed with the appraiser’s conclusion that the replacement property owners would walk away from their assets if the FMV of the interests at the end of the sublease terms were less than the purchase option prices.

The government offered the opinion of a similarly accomplished expert in accounting and financial economics. He concluded the appraisals were severely defective, most notably in the use of the maximum statutory corporate income tax rate for the DCF’s cash flow projections. Since the replacement property owners were tax-exempt entities, their cash flows were about 40% more than the cash flows the appraiser had assumed. Consequently, the value of the assets at the end of the subleases was significantly higher than the value the appraiser had projected. The IRS expert concluded that the owners of the replacement plants would almost certainly exercise their options at the end of the sublease terms. Consequently, the taxpayer would obtain the option proceeds without bearing any significant risk of loss.

The Tax Court noted the case presented an issue of first impression. Although the Tax Court previously had ruled on traditional SILO and LILO transactions involving leveraged leases, it had never ruled on a claimed like-kind exchange that involved a SILO-like transaction fully funded by a taxpayer’s own equity contribution.

The issue was whether it was “reasonably likely” that the sub lessees would cancel the subleases and buy back their properties. The court said the analysis required the court to consider the “unique characteristics” of the parties to the particular transaction rather than apply the hypothetical willing buyer and willing seller test.

The court, therefore, agreed with the IRS expert’s point that the appraiser used inappropriate tax rates in all appraisals but said this flaw was not in itself fatal. Instead, it seemed to find the interference in the appraisal process by legal counsel particularly problematic. The attorneys basically provided the appraiser with the wording of the conclusions they wanted to see in the final appraisal reports, the court noted.

The court found the transactions were financial arrangements rather than genuine equity investments and did not qualify as Section 1031 exchanges. The taxpayer was not entitled to the various deductions it had claimed related to the transactions.

The Tax Court also found it appropriate to impose accuracy-related penalties. The taxpayer was sophisticated and claimed to have read the law firm’s tax opinions in their entirety, the court noted. Accordingly, the taxpayer knew or should have known that the legal opinions were based on flawed appraisal reports. Using the opinions notwithstanding was misguided, the court said.