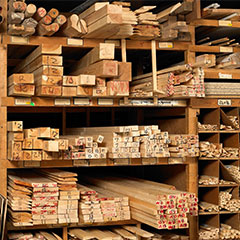 In an estate tax dispute that has lasted for over five years, the Tax Court revalued the decedent’s minority interest in an Oregon family business by order of the 9th Circuit Court of Appeals. The recalculation proved a boon to the taxpayer.

The Tax Court first valued the decedent’s limited-partner interest in a partnership that owned a timber company, including many acres of timberland, in 2011. At the time of the decedent’s death, in 2005, the partnership had operated for 15 years. All limited partners were family members or trusts acting on behalf of a family member.

The Tax Court initially decided to value the LP interest by way of the discounted cash flow (DCF) approach and the net asset value (NAV) approach. It gave a 75% weighting to the DCF-derived value and a 25% weighting to the NAV-derived value. The former represented the probability that the business would continue; the latter the possibility (albeit remote) that the partnership would dissolve and the assets would be liquidated. The Tax Court credited, but adjusted, the estate expert’s cash flow calculation, including cutting in half the 3.5% company-specific risk premium the estate’s expert had proposed. A hypothetical buyer of the interest could limit the risk through diversification of assets, the Tax Court suggested.

The 9th Circuit Court of Appeals found the Tax Court had made two clear errors that required remanding the case for a new value determination. In terms of the company-specific risk premium, the Tax Court failed to take into account how much wealth a potential buyer would need to affect a diversification, the 9th Circuit observed. And, considering how implausible it was that a buyer of the decedent’s limited-partner interest could achieve the dissolution of this long-term partnership, the Tax Court’s giving any importance to the value of the assets was improper.

The 9th Circuit ordered the Tax Court “to recalculate the value of the Estate based on the partnership’s value as a going concern.”

The Tax Court’s revised valuation adopted the estate expert’s 3.5% company-specific risk premium and gave no weight at all to the assets of the company. As a result, the applicable discount rate for the DCF analysis increased from 16.25% to 18%. The corrections caused the value of the decedent’s interest to drop from almost $27.5 million to about $14 million, the Tax Court found. It ordered the parties to recalculate the deficiency based on the revised valuation.